2022 GPI PLAYERS OF THE YEAR ANNOUNCED 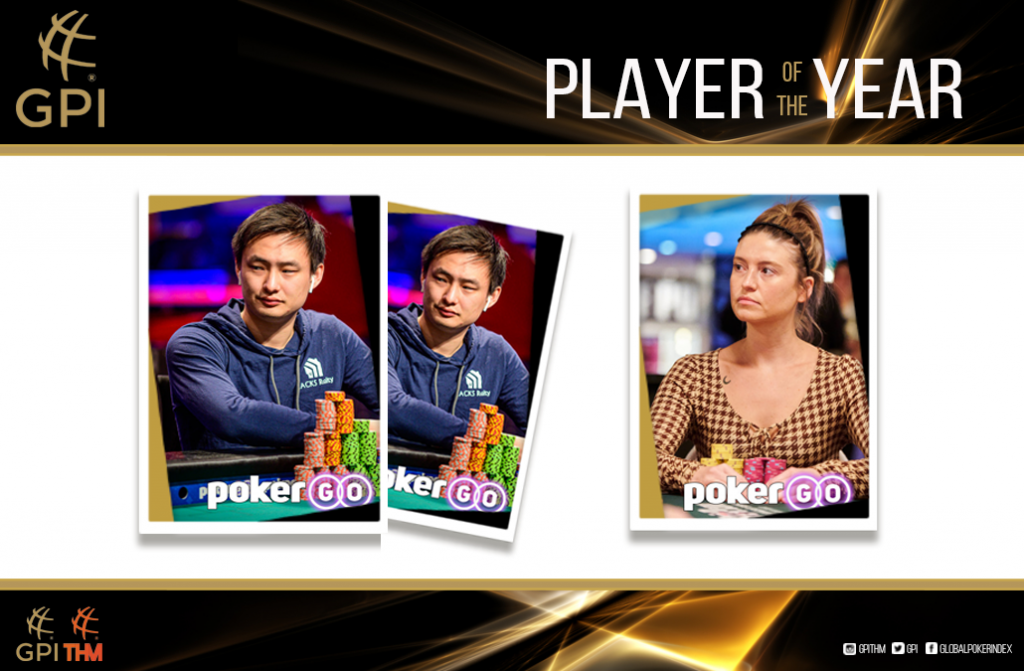 LAS VEGAS, January 4, 2022 – The Global Poker Index (GPI) have released the names of all of their Player of the Year race winners from the 2022 poker season.

Stephen Song was the last player standing in one of the most entertaining GPI Player of the Year races in history. Several players would hold on to the #1 PoY rank throughout the year but Song waited until the very end to take the lead, winning the WPT Prime Championship at Wynn Las Vegas in one of the final tournaments of the season, taking the lead from his friend, Adam Hendrix, who was at or near the top of the table for most of the season.

Collecting a total of 3,543.72 GPI PoY points, Song finished just 17.24 points ahead of Hendrix in the race and just 46.25 points ahead of Jeremy Ausmus, who kicked off 2022 grabbing the early lead in the PoY race. 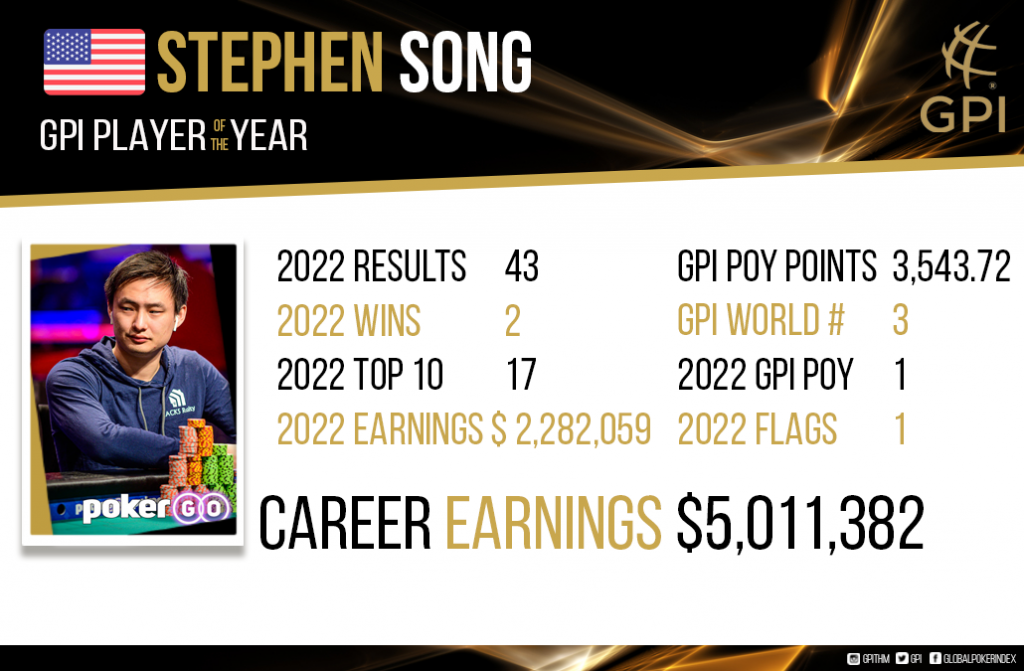 Cherish Andrews arrived at the Wynn for the WPT World Championship Festival trailing Angela Jordison in the race for the GPI Female Player of the Year title. She would leave Las Vegas leaving no doubt she should win the race following an incredible performance in three WPT events during her stay, including a victory and a trio of Top 6 finishes. 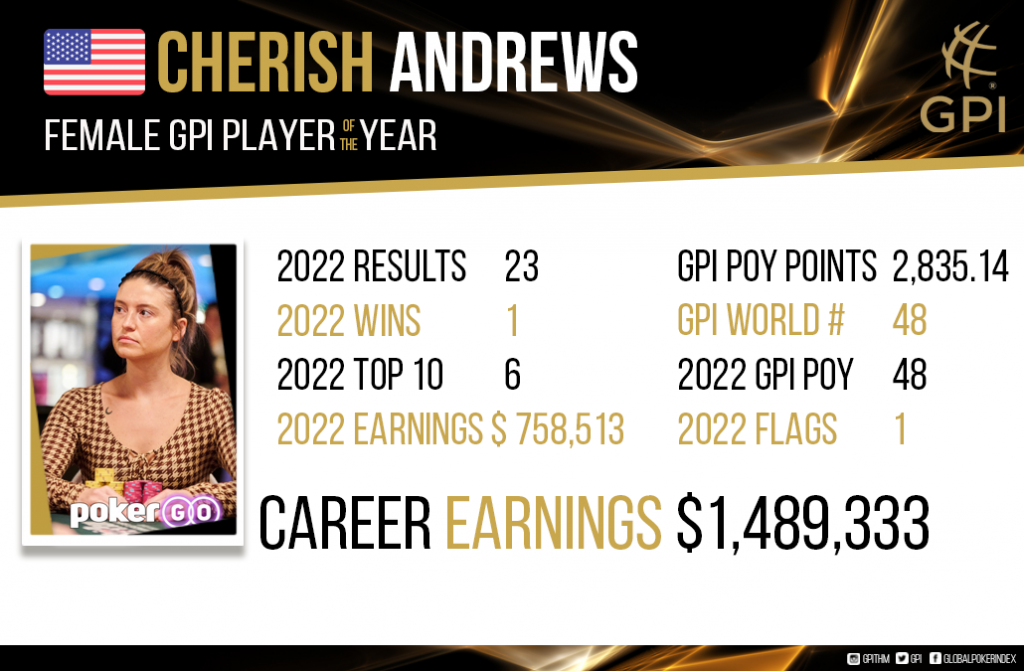 Amazingly, Song also wins the Mid-Major Player of the Year race, recognizing players involved in events with buy-ins up to $2,500 USD, becoming the very first person to ever win a pair of GPI PoY title in one year.

Song had such an impressively strong year overall, excelling in events with wide-ranging buy-ins.

The aforementioned Jordison also battled hard in this race, holding the lead heading into December, dropping to 3rd and finally ending up in the runner-up position.

Both Song and Andrews will be invited to accept their trophies at the Global Poker Awards ceremony at the PokerGO Studio at ARIA in Las Vegas – broadcast exclusively on PokerGO. An official announcement on the date for the 4th Global Poker Awards is expected next week.

2022 GPI National Players of the Year

Congratulations to all of our 2022 PoY winners!