Blog : Alex Dreyfus : “Greatest is not the best”

The GPI is very flawed. I cannot respect a points award system that counts $100,000 high rollers. Poker awards need to be egalitarian.

I have to admit that having a tweet from the “Greatest” poker player in the world made my day and ruined my night. It is funny that when you put so much effort in to your baby, your business, and something you believe in, you feel disappointed and hurt when someone attacks your enterprise. Luckily we live in a free world and obviously, criticism is always good.

In this particular case, criticism is good because it shows that GPI has started to reach the maximum level of recognition in the poker community, and because it’s becoming the standard, it will always be criticized. Fair enough. I need to learn that and live with it.

What disappoints me is that people are ranting or moaning on twitter without first knowing the exact facts on the way in which GPI works, especially in regards to the cap we place on the buy-in factor. What does this mean? It means that as of 1st January 2014, HR and SHR are counted as $20k . So yes, Phil Hellmuth could be the greatest but unfortunately he lacked the knowledge to discuss it. Look at Daniel Negreanu’s GPI’s profile page: For POY 2014, he got more points for finishing 14th in the $25k at PCA than he earnt from either 4th at the AU$250k or 6th at the AU$100k. I believe that we are all aligned here, but I agree we could be better at communication 🙂

I recall the first time (and only time) I met Phil Hellmuth, it was at the bar of the Majestic during the WSOP Europe 2012. I actually asked to meet him, in order to introduce GPI and our project and vision. I’ll always remember that he was already moaning about it because he was not at the top. I told him very clearly, “to be at the top, you need to win”. Five days later he was winning the WSOPE Main Event. I’ll never know if I was part of his success.

One year ago, a not-anymore-kid publicly said that he wanted to end the year in the top 3 of the GPI Player of the Year, and first in the GPI 300. One year after, he did it. I wouldn’t have bet $1 on that to be honest, but he did it.

So, if the greatest wants to be the best, he needs to win more and obviously to play more. Poker is about volume (as most of the Online Grinders would agree), and it’s the same for live tournaments. The live poker circuit industry is very clearly segregated between conflicting companies. Interested are not aligned, yet. My company and I are doing its best to actually get on board with most of these companies, working together to support one goal: the promotion and growth of poker.

What is the bigger picture ?

GPI together with all my projects have been focused on one aim; providing tools to promote poker players and  poker events. The more we promote poker, the more new players will join the game at the tables. The ecosystem need new players (both online and offline) to allow the good, the best and greatest players to make money from the game. Poker is also a show business; we have to sell a story to the mainstream media to get the chance to be visible. That’s what GPI is about and that what we will do for the next 5 years. (see USA Today, every week on the sports section of the printed edition)

Who fucking cares where anyone is ranked on GPI or pocket5s. Money over points people. Can't pay the rent with your ranking.

I saw some tweets this morning that obviously I should not take personally, saying that “Points don’t pay the rent”. And you are rights guys, we haven’t yet invented the GPI crypto currency or miles conversion that will allow you to redeem your GPI points into cash or benefits, but that’s not my job.

GPI is supposed to give a picture of the best players of today, in the live poker fields. Is it perfect? No. Can it be improved? Yes – and we do it at the end of every year with the support of players that choose to interact and communicate with us. So yes please guys, talk about it, and argue about it. The more we talk about it, the more legitimacy you give to it. There is no bad or good, there is only one interest: promoting poker. This game is evolving as much as we do, so whoever wants to be part of this evolution can contact me: [email protected] We are very open minded, and driven to build a sustainable poker ranking that serves the whole industry. You can read as well my blog end of December where I share goals of 2014, including a interesting statements :

Note aside, internet is a great communication tool but can also be the worst, and twitter is definitively my least favorite. Its a one way communication tool, there is no real interaction. For the sake of understanding of what we do, I’d love to have the same conversation with key players on a podcast (pokernews, 2+2 or whoever wants to run it) because, we, as human beings, will be able to communicate using more than 160 letters. Let’s spend 2 hours having a free conversation with no limitation of characters. We are likely gonna disagree and argue, yes, but at least we will make things move forward. 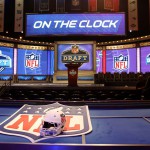