Why delisting Pokerstars is great for poker?

Shocking news this morning, on the eve of the International Casino Exhibition (ICE) in London. David Baazov, the CEO of Amaya, the public listed company that acquired Pokerstars for $4.9b in summer 2014, announced that he intends to acquire it and therefore likely delist Pokerstars from Nasdaq and TSX by the summer. You didn’t see it coming. Ballsy.

Why it is a good news for the poker industry?

The acquisition of Pokerstars by Amaya in 2014, was obviously a debt-backed operation, but it was through a public listed vehicle, which most of the poker industry experts were saying “He will have to shut-down Canada, Russia and some were even saying Germany”. Well, “he” didn’t. While the company is leading the poker market with +70% market-share, the growth of revenue has been limited and paradoxically the ability to invest and innovate into the poker vertical, was clearly limited because the priority was to pay back the debt AND please the analysts.

Paying back the debt was fine and the company is in a very good position to do so, but providing growth and satisfying public shareholders and analysts, is sometimes an opposite goal. Innovation and growth need investment and taking risks. Pokerstars has enough funds to invest, but had the obligation to show analysts immediate return. It was impossible to develop a long-term strategy, everything was focus on: Q1, Q2, Q3 and Q4. The management was not driven by long-term approach, but by short term return. It was frustrating. It was legit, but it doesn’t help poker, and those who love that industry.

No risk, no profit.

After a cycle of 12 years, poker is in an interesting situation. As an entrepreneur – with a leap of faith – investing millions and all my will into the next boom, I believe in a potential driven by the innovation, the risk and an understanding of disruption. I can sense that with this financial move, David Baazov will re-invigorate the poker landscape.

Nice hand David. GG. I hope it is not your last move.

– I do not own and do not intend to own any Shares of Amaya.
– This is a personal point of view and do not reflect any insider information.
– I hope that move from Baazov, will not start a bidding process from others acquirers that would end-up slowing the company operations. 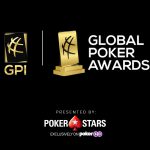 POKER GOES WORLDWIDE WITH THE GLOBAL POKER AWARDS The first-ever Global Poker Awards, presented by PokerStars, will be streamed exclusively ...

THIS WEEK’S NOTES ›› Coming off back-to-back GPI Female Player of the Year campaign, and her first GPI PoY Canada ... 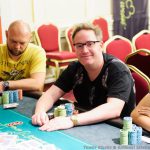