I don’t abuse alcohol, I’m a clean eater, don’t eat meat, I don’t smoke, I have never done drugs, I don’t have any vices … well, except for one: My name is Eric Danis and I am addicted to sports drafts.

Don’t believe me? How many of you spent the 3:09:40 required to watch the first two rounds of the 2016 MLS Super Draft? I did. NHL, NFL, MLB, NBA, MLS, CFL, WNBA (you read that right) I watch ‘em all! Hell, I’ve never watched a full NASCAR race in my life but if they decided to draft the drivers, I would be all over that!

And it’s not just “real” sports drafts either, fantasy drafts have me spending countless hours doing my research in my favorite hockey and baseball fantasy leagues … note to self: the Dogs of War Fantasy Baseball Drat is in less than a month!

WHAT’S THERE TO LOVE?

Why do I love drafts so much? There are so many reasons but mainly it’s the anticipation of who’s getting picked next, the excitement of not knowing who a team will draft as they make their way to the podium. The “it’s a lock that the team is drafting Player X” then the club decide to go off the board and reveals their selection, the unknown Player Y!

A club’s selection can “make or break” a franchise. Make a mistake, like the Oakland Raiders drafting JaMarcus Russell first overall in the 2007 NFL Draft and it could set your franchise back for years. However, find a diamond in the rough, like the New England Patriots did drafting three-time Super Bowl MVP Tom Brady 199th overall in the 2000 NFL Draft and you have found yourself the cornerstone of your franchise for the next 15 years.

The drama is real. Young men and women’s lives change in a matter of minutes; they go from amateur to professional in the blink of an eye and suddenly become the center of attention in their sport – their careers begin on Draft Day.

Entry Drafts are big business now too, drawing jaw-dropping ratings on television. The NFL Draft is so big now, it’s become a three-day festival – I’m not kidding. The draft allows sports leagues to stay in the media spotlight, long after their seasons have ended.

WHAT THE HELL IS A DRAFT ANYWAY?

If you live outside of Canada or the US (or are a Aussie Rules Football or Kontinental Hockey League fan), you’re probably asking yourself: “what the hell is a draft anyway?”

Most professional North American sports leagues hold entry drafts. For the most part, players coming out of College or junior/youth club must enter their respective sports entry draft in order to be eligible to play in the league. It’s the rite of passage that takes the amateur and turns him/her into a professional sports star.

WHY DO DRAFTS EVEN EXIST?

Sports leagues in North America seem to be built very differently than they are in the rest of the world. In the Barclays Premier League it’s not uncommon to see the same big clubs at the top as Manchester United, Manchester City, Chelsea and Arsenal (just to name a few) are permitted to spend ungodly amounts of money on top-end talent in order to build a powerhouse, leaving smaller clubs without deep pockets left feasting on scraps (unless you’re Leicester City, then you’re just doing it with smoke and mirrors – and hard work!).

In North America, we tend to love parity in our sports leagues. Although dynasties do exist, it’s usually not just because teams have bought the best players available – although the Yankees, Red Sox and Dodgers, just to name a few – have certainly tried their best to buy titles.

Most of our leagues have salary caps, preventing clubs in big markets from gaining too much from a financial advantage. Those leagues also have entry drafts. Drafts exist in order to give each club an opportunity to select any available player, again with the hopes of giving them an equal chance to win their respective league’s Championship. Traditionally, the clubs with the worst records the previous season end up with the top picks in the following year’s draft.

In the NHL, the Entry Draft (then NHL Amateur Draft) was instituted, in large part, due to the Montreal Canadiens having such an unfair advantage holding the rights to most of the French-speaking players in Quebec, who all wished to play the historic club. Back then, NHL teams would sponsor amateur clubs, and in turn “own” the rights of players on those clubs. Montreal obviously had the monopoly on teams in the Province of Quebec, where many of the game’s biggest stars were based. The first draft was held in 1963.

On February 25th, the Global Poker League will host its first ever GPL Draft Day in Los Angeles. 12 Team Managers will all meet and select the players that will make up their squad in hopes of winning the GPL World Championships later in 2016.

Teams get to pick once per round and the draft order will be pre-determined so that clubs will know at what exact point they are making their selections in each round.
Once a player is selected, he/she will then play for that team for the upcoming Global Poker League season.

For someone like Marc-Andre Ladouceur of the Montreal Nationals, drafts are nothing new. I’m sure Ladouceur has fond memories of being in the Bell Centre in his hometown for the 2009 NHL Entry Draft where over 16,000 fans went wild as their beloved Habs selected one of their own, Louis Leblanc, with their first selection. That moment is now a sore spot as Leblanc was never able to live up to the hype and now plays for Lausanne HC of the Swiss League.

For other Team Managers, this is going to be a whole new experience.

However, no matter how many drafts you have taken part of in the past, this one counts and the experience will be a brand new one for all involved. It doesn’t matter if you’re a draft veteran, like Ladouceur, or brand new to the drafting process, once you make your way to that podium to announce your first pick, with the eyes of all in the poker world looking straight at you, reality will set in and you, just like any other manager in any other sports league, will be the target.

Will you pick the next JaMarcus Russell first overall or will the next Tom Brady be waiting for you in the third round? Chose wisely!

One thing is for sure, as with any other sports draft, I certainly cannot wait for this one – I’m counting the days to GPL Draft Day!

The 2016 GPL Draft Day will take place on Thursday, February 25th, 2016 at the famed SLS Hotel in Beverly Hills, California. The event will be livestreamed on Twitch.tv/GPL. 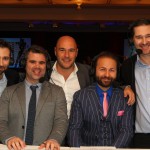 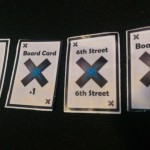 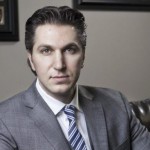 Originally published by Alex Dreyfus on LinkedIn Why delisting Pokerstars is great for poker? Shocking news this morning, on the ...