Last Thursday, we hosted the first ever Global Poker League Draft in Los Angeles, or more appropriately – Poker’s first ever Draft Day. There’s still a long road forward but our Draft was the culmination of 2 years worth of brainstorming and a few months of hard work – and the execution exceed our expectations. I had an eye on Twitch (we livestreamed the entire event) where we managed 195,000 unique viewers and the other eye on Twitter. Twitter was on fire – it was a madhouse and I was thrilled. Viewers were genuinely excited whether it was in support of the manager’s picks or railing against them. The audience was engaged – all the way through a 5 hour marathon complete with an analyst desk throwing out opinions and predictions as proceedings kept on.

We have very, very talented managers for our 12 teams and while I could disagree with some of their choices during the draft, it was only right to have picks selected on their terms and based on their own unique strategies/ visions for their teams. We met the day before the draft – they were excited and helped me see a lot of hope in the future of poker. These are elite, engaged players that want to grow the game. We’re grateful to have them.

Another surprise was the chemistry we managed to create between 2 legends of the game – Daniel Negreanu and Phil Hellmuth – at our analysts desk, supported by circuit experts Joe Stapleton and Eric Danis. I consider myself a casual poker fan, and damn, that show was entertaining to watch from my own fan perspective. I hope he won’t blame me for sharing, but Negreanu admitted that he had a “blast” commentating the event. Others said that it was probably the most intense/ fun experience they’d had while commentating a poker show.

I say “sportify” a lot, but that day I really felt like we got it done – sportified poker. It may last only that moment, but it doesn’t matter. We showed that it was possible. The irony was it was one of the most engaging and fun poker shows I’ve seen – and it didn’t feature a single hand of poker.

Truth to be told, we are in trouble now: We’ve set the bar very high and like any other american sport, nothing is more exciting than a draft. We have our work cut out for us if we want to develop a decent regular season, with a nice mix of online poker, studio events and explosive live playoff and Championship events. We actually have pretty good plans in place, but we know it will take few years to really take off. Year 1 is just the first step.

Today, we have the poker community behind us hoping that our initiative will work. It will be fun to watch and will be engaging for all parties. Sportifying poker is NOT claiming that poker is a sport – its about building a framework where we can connect fans and players. Its Pokertainment.

With what I’ve seen on social media, feedback from players and from industry stakeholders, I’m more than ever convinced we are on the right path, and happy of the bet I’ve made 3 years ago.

Thanks for the support and let’s Sportify Poker, together. 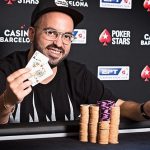 THIS WEEK’S NOTEBOOK ›› Spending his 20th total week (15th straight) at the top of the GPI World Rankings, Nick Petrangelo ... 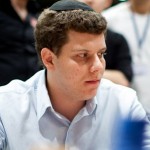 THIS WEEK’S NOTEBOOK ›› The grinder of all grinders, Ari Engel (World #3) continues his charge to #1. He becomes the ...