Bryan Campanello collected another WSOPC gold ring on Monday, this one when he won the World Series of Poker Circuit Main Event. The series was at Harrah’s in New Orleans, Louisiana for its last stop of the 2013/2014 season.

The $1,675 Main Event started on May 16, and two starting days attracted 557 entries and an $835,500 prize pool. The top 63 players made it into the money on Day 2, and only 10 players remained when play concluded that night. Bryan Campanello was the overwhelming chip leader of the final 10.

Day 3 began with some of the shorter-stacked players making their exits, and Campanello battled with Gary Friedlander for much of the tournament. Campanello had the lead going into heads-up, but the two played for several hours and traded the lead numerous times before Campanello took it down.

The latest stop for the Mid-States Poker Tour was in Battle Creek, Michigan. The FireKeepers Casino hosted the $1,100 buy-in Main Event, which kicked off on May 16.

The tournament drew a total of 411 entries over the course of three starting flights to create a prize pool of $397,170. Day 2 played down from 65 remaining players to the winner. In the end, Jason Zarlenga took the title and top prize money.

The Asia Pacific Poker Tour was at the City of Dreams in Macau for a series beginning May 14 and scheduled to run through May 25.The HKD $25K buy-in Main Event was set to kick off on May 21, but preliminary tournaments were showing strong numbers.

The APPT Macau Warm-Up event was a HKD $5K buy-in tournament that brought 308 players to the tables. Vincent Kohne of Germany won that tournament for HKD $302,120.

The first four tournaments attracted 752 players in all and collected a cumulative prize pool of HK $2,177,577. 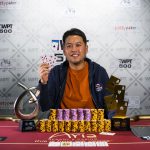 GPI Poker Player of the Month for March 2019: Sean Yu 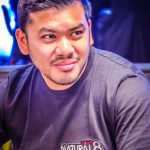 GPI Player of the Month for August 2018: Christopher Michael Soyza

If you didn’t know the name Christopher Michael Soyza prior to 2018, you do now! Soyza has become a household ... 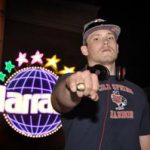 THIS WEEK’S NOTES ›› A third victory of the season sees Alex Foxen (World #2) move up to a career-best ...

Jennifer Newell fell in love with poker while working for the World Poker Tour in Los Angeles. She left the company to live as a freelance writer with a heavy concentration on the poker world. It is not often that she travels to poker tournaments and less often that she plays the game, but she can always be found reading and writing about poker. You can find her on her FreelanceWriterJen Facebook page or @WriterJen on Twitter.