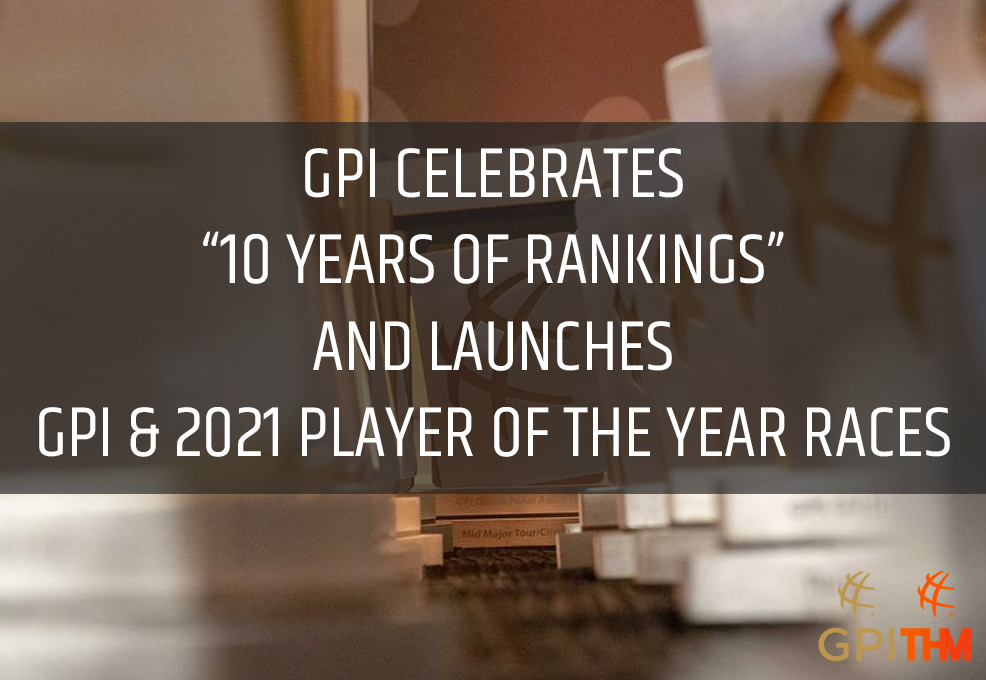 LAS VEGAS, June 29, 2021 — The Global Poker Index (GPI) is celebrating a decade of rankings this week and with the slogan “10 years of rankings” will activate GPI points and launch the 2021 Player of the Year (PoY) races, including a new race, for the first time in a year.

On June 27, 2011, Jason Mercier became the very first player to be ranked #1 as the GPI launched its revolutionary scoring system. Since then, a total of 18 other players would replace Mercier at #1, including ElkY, Daniel Negreanu, Erik Seidel, Vanessa Selbst and most recently Alex Foxen, the reigning and defending back-to-back GPI Player of the Year.

On a special edition 10th episode of The Poker Show on the GPITHM Podcast Network, the team announced the return of GPI rankings, which had been deactivated for the last 12 months, while the world healed from the COVID-19 pandemic. The lack of events and ability for most to travel in 2020 brought on the decision to cancel the PoY races and suspend the rankings.

Kicking off on Wednesday, June 30, the GPI Global, Female, and National races will launch for 2021, retroactively beginning on January 1. Each qualifying result collected since the start of the year will count towards points and rankings.

A new race will also get under way this week. The GPI celebrates the Mid-Major circuit at the Global Poker Awards and will now recognize the players who grind all the time on those circuits — announcing the 2021 Mid-Major Player of the Year race.

The Mid-Major PoY will include all eligible open events $2,500 USD and below, minimum 32 entries and top 13 results like our other PoY races, starting with events on January 1, 2021. The winner of the new race will receive a Global Poker Award.

GPI and all PoY races kickoff this week as we celebrate 10 Years of Rankings!!