The agreement sees the Chinese Poker Enterprise group operate GPI Asia under the GPI/THM umbrella. The group commits to promoting the GPI/THM brand in Asia while hosting special events and providing world class service to players all over Asia.

The very popular GPI Masterboard has already been put in place and the GPI Asia team will continue to operate it. The Global Poker League is expected to make its triumphant return to Asia in 2020.

Plans are already in place for GPI Asia to host the very first The Hendon Mob Championship (THMC) event outside of Europe while the GPI Asian Poker Awards will honour the best of the best in Asia for 2019.

GPI Asia CEO Raymond Wong: “It will be exciting news for players in Taiwan and Asia; our company had started to promote GPI/THM in Taiwan since 2018 and we had received lots of positive feedback from the poker fans. I believe with this official partnership with GPI/THM, we will certainly be bringing more exciting rankings, events and happenings to the poker fans around Asia. Our goal is to not only serve better our poker fans, it is also to connect the Asian poker community to the rest of the world”

GPI/THM President Eric Danis: “We are so excited to announce this partnership; we’re been working hard with Raymond and his group to make this happen. This agreement will certainly go a long way to help promote GPI/THM and the game of poker in general in the Asian markets. There are so many poker fans and poker players in Asia; we can’t wait to reach out to them”. 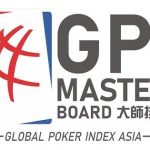 Massive buy-in events at EPT Monte Carlo and at Triton Series Montenegro were no match for Canadian Daniel Dvoress, who ...