GPI to power World Series of Poker Player of the Year

(May 14, 2015) Las Vegas – The World Series of Poker (WSOP) announced today an agreement with Global Poker Index (GPI), the company behind the popular poker player rankings website www.globalpokerindex.com, to tabulate, power and sponsor the prestigious WSOP Player of the Year Award.

It will now be called the GPI WSOP Player of the Year.

The GPI WSOP Player of the Year is a year-long race to determine the most successful poker player over the course of a calendar year based on participation in 74 official WSOP gold bracelet events held during theWSOP in Las Vegas (May 27-July 14, 2015) and WSOP Europe (Oct. 8-24, 2015) in Berlin, Germany.

GPI will exclusively host the complete standings of the WSOP POY which can be found by visitingwww.globalpokerindex.com/wsop/.

The winner of the 2015 GPI WSOP Player of the Year will receive a specially-designed commemorative trophy.

In addition to the outstanding one-of-a-kind trophy, the 2015 GPI WSOP Player of the Year will be recognized in a special ceremony during the WSOP Main Event Final Table in November.  A permanent banner memorializing their achievement will also become part of future WSOP events, being displayed prominently at the host venue year-after-year.

“The World Series of Poker is the most prestigious poker competition in the world and is also the most “sportified” series on the live tournament circuit,” said Global Poker Index Chief Executive Officer Alexander Dreyfus.  “We are very honored to have entered into this agreement with the WSOP and I am truly excited to develop several initiatives that will support the growth of the sport of poker. This partnership also allows the Global Poker Index to expand its reach in North America and all over the world.”

“I’m pleased to grow our relationship with the Global Poker Index around the Player of the Year,” said Ty Stewart, WSOP Executive Director.  “For several years Alex has been claiming this is the best formula to recognize tournament poker success, and we’re looking forward to an exciting race where every result counts.  I know GPI is very passionate about elevating the profile of this award to the mainstream, which only helps create buzz for the game.”

In addition to the GPI WSOP Player of the Year initiative, this new, multi-year agreement includes marketing initiatives for the World Series of Poker in Las Vegas and WSOP Europe. Initiatives are expected to include exclusive editorial content on WSOP.com and content within the WSOP final table livestream.

The agreement includes several other initiatives including a commitment from the Global Poker Index to invest and dedicate resources in order to create innovative and ground-breaking content in order to promote joint objectives, and even plans for a GPI WSOP Player Party during the 2015 WSOP.

The 46th World Series of Poker, from the Rio All-Suite Hotel & Casino in Las Vegas, kicks off in less than two weeks – on Wednesday, May 27th.  The tournament series consists of a comprehensive slate of the game’s most popular poker variations running this year from May 27 through July 14.

The World Series of Poker® is the largest, richest and most prestigious gaming event in the world, having awarded more than $2 billion in prize money and the prestigious gold bracelet, globally recognized as the sport’s top prize. Featuring a comprehensive slate of tournaments in every major poker variation, the WSOP is poker’s longest-running tournament in the world, dating back to 1970.  In 2014, the event attracted 82,360 entrants from 110 different countries to the Rio All-Suite Hotel & Casino in Las Vegas, and awarded more than $227 million in prize money. In addition, the WSOP has formed groundbreaking alliances in broadcasting, digital media and corporate sponsorships, while successfully expanding the brand internationally with the advent of the World Series of Poker Europe in 2007 and the World Series of Poker Asia-Pacific in 2013. For more information on the World Series of Poker, please visit www.wsop.com. Or Facebook: https://www.facebook.com/worldseriesofpoker YouTube: www.youtube.com/wsopInstagram: www.instagram.com/wsop/ Twitter: www.twitter.com/wsop or www.twitter.com/wsopcom 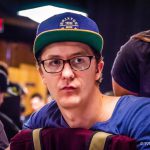