GPI300: The return of Vanessa Selbst to the Top 10

Another former World #1, Vanessa Selbst (GPI#10, +4), returns to the Top 10 following an 11-week absence. Selbst became the very first woman to reach #1 status on the GPI this summer following her third gold bracelet victory to start the 45th World Series of Poker.

Selbst’s return means that Olivier Busquet (GPI#11, -1) is out again. Busquet made his Top 10 debut a few weeks ago but has been unable to remain in the Top 10 in consecutive weeks.

A second place finish in the High Roller event at FPS Sunfest Cannes over the weekend sees French player Miroslav Alilovic (GPI#167, +79) inch closer and closer to a career-best ranking on the GPI. Alilovic held position #159 in the rankings in August.

After two superb seasons on the live tournament circuit, 2014 hasn’t been so kind for Timothy Adams (GPI#295, -129) who takes a huge tumble in this week’s standings. With only four cashes this season, Adams risks dropping out of the GPI300 for the first time since July 2012.

Speaking of WSOP bracelet winners, a trio of winners make their return to the GPI300 this week as Vladimir Schemelev (GPI#299), Andy Frankenberger (GPI#300) and recent WSOP Asia-Pacific PLO winner Jeff Lisandro(GPI#203), who added bracelet #6 with his victory are all back in! 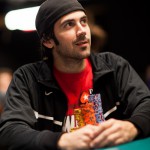 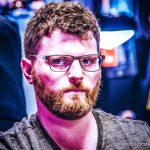 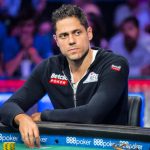 THIS WEEK’S NOTES ›› More success at EPT Barcelona sees Benjamin Pollak (World #7) move up the ranks yet again this ...