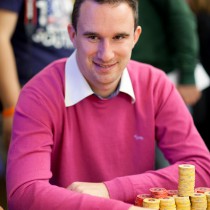 Italian poker players have announced their presence on the global poker scene in the last decade, but the latest to emerge the land of wine and cheese is Alessio Isaia. The young player has made an impact on the Italian poker scene by becoming a worldwide star.

Alessio Isaia was born in 1985 and hails from the Northern Italian town of Cuneo. He grew up in a relatively small city and maintained hopes of traveling the world. He was also a sports-minded youth, having learned to ski and play other sports during his teenage years.

When Isaia discovered poker in 2005, it didn’t take long for the young man to realize that it provided many of the qualities he sought in a career. With the opportunity to travel should he find success, he studied the game with an intensity that took him from watching it on television to online poker and into the casinos in his country.

A year and a half after he met poker, he built a substantial bankroll and became a professional poker player in 2007. By that time, he already accumulated a number of final tables in Italian poker tournaments, starting with a second place at the Texas Hold’em Italian Championship in San Remo and third place in the Campionato Italiano di Texas Hold’em. His first win came in a €300 NLHE event at the Venezia NLHE Festival in January of 2007, where he won €19,080.

Soon, Isaia was traveling outside of the Italian border, cashing in events at the European Poker Tour Grand Final in Monte Carlo and finishing 16th in the Barcelona Main Event. He then won more small events in Italy – a €300 NLHE at the Italian Championship Texas Hold’em, another €300 NLHE at the 7 Tappa Campionato Italiano – and a €3,000 NLHE at the Royal Poker Tour in Sharm el Sheikh.

In 2008, he traveled to the United States for the first time to try to become the fifth Italian player to ever win a World Series of Poker gold bracelet, and though he fell short, he made two final tables, taking sixth place in the $5,000 7-Stud Championship and fourth in a $1,500 7-Stud H/L event. He also took second in a Bellagio Cup preliminary event and left Las Vegas with nearly $250,000 in tournament winnings.

Isaia continued to pursue that elusive major victory, but those events merely produced cashes in Main Events of the EPT and other tournaments like the WSOP. Other wins did come, though, in the form of victory in a €2,000 HORSE event at the Poker Grand Prix in Venice and the €2,000 Italian Poker Tour San Remo Main Event for €140,000.

But 2011 was his breakout year. Isaia played the World Poker Tour €3,000 NLHE Main Event in Venice, Italy, and after playing a heads-up match that lasted nearly eight hours to end it, he won the WPT title and €380,000.

On par to become one of the best Italian players to emerge from his country, Isaia enjoys the process, as his girlfriend travels with him and plays poker as well. He has also been signed to a Full Tilt Poker sponsorship. 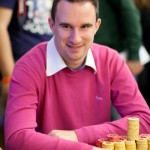 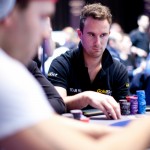 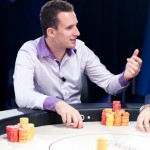 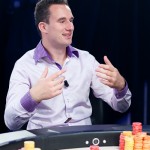