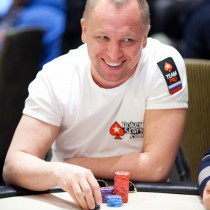 Sitting across from Alexander Kravchenko at a poker table is an intimidating place to be. His intense stare and stone face makes him a terrifying opponent, especially knowing that he is one of the best Russian poker players in the world with over $3.6 million in live tournament earnings through June 2011.

Arkhangelsk was the birthplace of Alexander Kravchenko on April 21, 1971, and the Soviet Union has remained his home. A young Kravchenko obtained his education and went into business in Russia and soon invested in other businesses. Success was in the works, and he relaxed during off hours with a bit of blackjack at a local gaming establishment.

Blackjack led to a card game called Oasis, much like Caribbean Stud, but poker caught his eye in the late 1990’s as a game that required more skill and more of a player edge. He began to play and study the game of hold’em, then stud and any others that were available. He became a regular cash game player in 1997, and he soon developed his tournament skills as well.

Kravchenko began final tabling tournaments in 1999, three of them at the Moscow International, but without traveling, there weren’t a readily available schedule of events in Russia. As he built a bankroll through cash games, he finally decided to venture off to other events in 2001. Though he started with the Open Championships of Russia in St. Petersburg, where he final tabled a NLHE event, he also trekked to Vienna and Paris for tournament series. His first win came at the Austrian Masters that year, and he also racked up wins at the Moscow Open and Winter Tournament Olympia in St. Petersburg.

After multiple final tables in 2002, along with a win at the Helsinki Freezeout, and more big finishes in 2003, he moved on to higher buy-in events. He cashed in two World Poker Tour events in 2004, one in Paris and the other in Aruba. And in 2006, he made the final table of the EPT Grand Final NLHE side event in Monte Carlo, and cashed in two events during his first trip to the World Series of Poker in Las Vegas.

His best year, which remains his best to date, was 2007. Though Kravchenko’s summer started with a deep run in the WPT Mandalay Bay Poker Championship Main Event, finishing in 13th place, it was at the WSOP that his game reached new heights. He cashed in an impressive six events at the WSOP, but his first was a victory in a $1,500 Omaha-8 event, where he won his first gold bracelet and $228,446. A few weeks later, he wrapped his series by making the coveted final table of the $10,000 WSOP World Championship Main Event, finishing fourth for $1,852,721.

From there, he went to London for the WSOP Europe and final tabled the £2,500 HORSE event, finishing fifth for £17,714, then finished 17th at the EPT Baden, and finally made the final table of the Moscow Millions Main Event, where he cashed for $77,000 in third place. He finished that year with $2,273,607 in winnings.

Kravchenko continued to impress with deep runs in majors series like the WSOP, WPT, and EPT. He also accumulated another win at the EPT San Remo by winning the €1,000 NLHE/PLO event. In 2010, he final tabled several WSOP events, and the following year saw him at the 8-game final table at the PokerStars Caribbean Adventure and finishing second at the Russian Poker Series Main Event in Kiev.

By June of 2011, he had accumulated more than $3.6 million live tournament earnings in less than a decade of live poker, in addition to numerous online poker successes, such as a WCOOP title in 2010 for winning $345,800 in the 8-game high roller event. He also signed a sponsorship deal with PokerStars to represent Russia online and in live events around the world.

The intimidating Russian player has made a name for himself on the live poker circuit, and he continues to strive for more wins. When not playing poker, he spends time at home in Russia or at his second home in Monte Carlo, enjoying time with his wife and children and competing in sports like basketball and tennis. 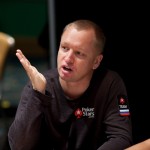 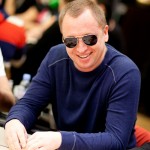 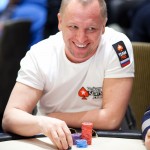 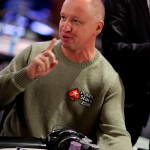 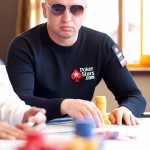 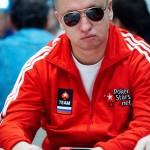