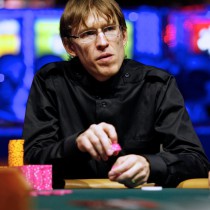 Alexander Kuzmin is a Russian poker player from St. Petersburg who made his first live event cash in 2002. Through August 2011, he has cashed 45 times, made 41 final tables and won 7 events, earning over $1 million. His best result to date was his victory in the 2011 WPT Southern Poker Championship in Biloxi, worth over $575,000.

At the Moscow Open in 2002, Alexander cashed in the $300 PLHE in 5th place to take home his first tournament paycheck of $3,268. He cashed again in 5th place at the same series in the $1,500 NLHE, before making final table appearances at the Conti Group Open in St. Petersburg and the Helsinki Freezeout.

The next year he cashed in the 2004 World Heads-up Poker Championships in Barcelona. He then went to the European Poker Open Poker Challenge Tournament in St. Petersburg where he finished 6th in the $200 PLHE and won the $200 PLO event.

Over the next two years, Alexander cashed twice: 12th in the $500 NLHE 2007 UltimateBet Aruba Poker Classic in Palm Beach and runner-up in the €1,000 PLO 2009 EPT Vilamoura in Vilamoura.

Alexander had much more tournament success in 2010. He made the final table in the €1,000 NLHE the EPT San Remo, finishing 6th. At the World Series of Poker, he cashed 3 times. He made a pair of final tables, finishing 9th in the $10,000 PLHE Championship and 6th in the $1,500 NLHE. The latter was responsible for his biggest payday until then of $104,364.

Alexander had a good year in 2011, starting in Biloxi at the Southern Poker Championship, where he finished 6th place in the $1,500 NLHE. In a twist of fate, he was delayed flying back to Russia, so he stayed in Biloxi and entered the WPT $9,700 NLHE Championship and won, taking home $575,969. He then cashed in the WPT Vienna and the EPT Berlin before going to the WSOP. At the WSOP, he cashed in 3 events including the Main Event, with his best effort being in the $2,500 LHE 6-Max event where he finished 4th for $57,236. 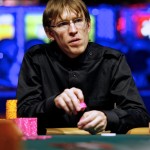 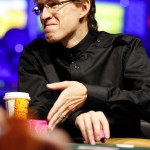