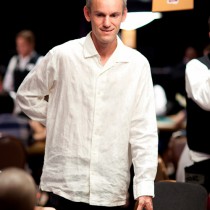 Allen Cunningham is one of the most successful tournament poker players in the world. Through August 2011, he had over 160 cashes, more than 25 wins, and career earnings exceeding $11 million.

Allen was born on March 28, 1977 in Riverside, California. After high school, he received a scholarship and went to the University of California Los Angeles to study engineering. While attending UCLA he discovered poker, but he was only 19 and too young to play in the poker rooms of LA. Allen found a tribal casino where he was legal to play and it wasn’t long before he dropped out of school to pursue a career in poker.

When Allen turned 21 in 1998, he cashed 8 times, with all but one being a final table finish. That one miss was at his first WSOP, where he placed 25th in the $2,000 PLHE. His first victory came at the National Championship of Poker in Inglewood, CA, where he earned $31,125.

The highlight of 2004 for Allen was winning the $5,000 NLHE Bellagio Five-Star World Poker Classic. That year, he would cash 17 times (including 3 WPT events) and make 11 final tables. Then in 2005, he cashed 13 times and made 9 final tables, winning 4. At the WSOP he made the money in 4 tournaments and he earned $725,405 along with his 3rd bracelet, winning the $1,500 NLHE. For his achievements that year, Allen was awarded the ESPN 2005 Toyota World Series of Poker Player of the Year award.

From 2008 through June of 2011, Allen continued racking up great results. During those 4 years, he cashed 28 times including 11 WSOP events and 3 WPT events. He made 15 final tables and won 4 tournaments, including the $5,150 NLHE 2008 WSOP Circuit Championship Event at Caesars Palace.

Allen Cunningham is famous for being a soft-spoken, unassuming, and always calm gentleman at the poker table. Held in very high esteem by his peers, he believes it has been necessary to continue improving to succeed in poker, though he has been frank in admitting there have been periods when he was not a winning player. Allen is an avid reader who enjoys traveling and spending time with his girlfriend, professional poker player and photographer Melissa Hayden. 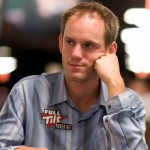 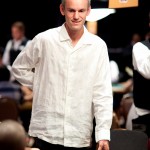 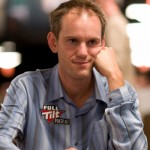 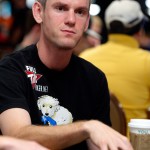