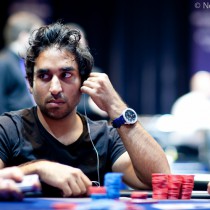 Amongst the plethora of young poker players who have transitioned from online poker to the live tournament scene, Amit Makhija stands out as one of the most successful and well-respected.

Born in Brookfield, Wisconsin, in the late 1980s, Amit Makhija worked his way through high school and began attending the University of Minnesota. In his pursuit of finance and economics majors, he was consumed with studies.

But in his sophomore year, he was introduced to poker. Without money for a deposit, he logged on to an online poker site and played freeroll tournaments. He won one for $100, and in order to make the most of his new bankroll, he began to read poker books, watch televised poker, and soak up as much information as he could from the internet forums and websites. Through cash games and eventually tournaments, he built a more substantial bankroll.

Along the way, Makhija became a well-known player for some of his victories. His first one in 2006 was a Super Wednesday on PartyPoker, which paid $20,000. Some of his other notable wins included several $100 Rebuys on PokerStars and a Full Tilt Online Poker Series event for $550,000. All in all, he won approximately $2 million online, with much of that coming from heads-up games, which became his specialty along with MTTs and SNGs.

Makhija didn’t want to confine himself solely to Internet poker, so he began to play live tournaments in 2008. Some initial cashes at the Wynn Classic in Las Vegas led him to travel to the European Poker Tour Grand Final in Monte Carlo, where he cashed in the €10,000 NLHE Main Event for €46,300. Back in Las Vegas, he played the World Series of Poker and final tabled the $10,000 PLHE World Championship event, and fifth place earned him $198,528.

The study given to the game by Makhija quickly paid off. He played the World Poker Tour $10,000 Legends of Poker Main Event, also in 2008, and made the televised final table, finishing second for $563,320. And he went on to make two final tables at the Doyle Brunson Five Diamond World Poker Classic at the Bellagio to round out the year.

Meanwhile, he spent more time in Las Vegas and continued his winning ways on various online poker sites, continuing to be one of the most respected and feared players at the virtual tables under the screen name Amak316.

Makhija has since moved to Los Angeles and divides his time between the coast and Las Vegas, always planning his poker future and strategizing for further success. 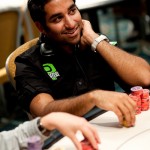 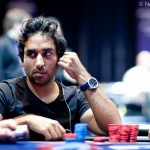 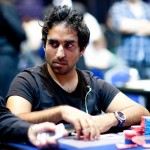