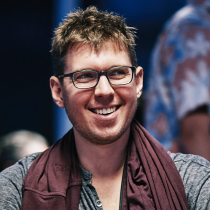 Andrew Lichtenberger is a professional poker player who made his first live-event cash in 2007. In the first 5 years, Andrew cashed 32 times, made 15 final tables, won 4 events, won a WSOP Circuit ring, and earned over $2.2 million. During that time he was also a successful online poker player, earning over $1 million.

Born on September 27, 1987, Andrew was raised in East Northport, New York. As a teenager, he attended Northport High School and was a competitive bowler, once bowling a 289 game. He also worked at a bowling alley organizing children’s birthday parties, which is the only job he has ever held.

Andrew began playing online at PartyPoker when he was 18, while attending Stony Brook University in New York. He admits that he was not a winning player and lost slowly but steadily for the first year or so. By his second semester at Stony Brook, he still hadn’t chosen a major, which had a negative impact on his education and he was put on academic probation. He discovered the Two Plus Two forums and for the first time, realized that there were people earning their livings playing online poker. Deciding it was time he applied himself to something, he dropped out of school and devoted his time to poker.

Before he was even old enough to play in live-events, Andrew won more than a million dollars online, playing as “LuckyChewy” at both Full Tilt Poker and UB, and as “RunThisTable” on PokerStars. He worked diligently on his game, eventually becoming a successful $25-$50 6-Max and Heads-up grinder. He also showed good results in tournaments, and in 2011 on PokerStars, he had a runner-up finish for $107,972 in a Sunday Warm-Up, a runner-up finish for $31,006 in The Bigger $55, and won a $530 Monday Omaha 6-Max to earn $16,250.

Andrew’s first live-event cash took place in 2007 at the Turning Stone Casino in Verona, New York when he finished 5th in a $200 NLHE Super Stack Hold ’em Series event to earn $3,693. He didn’t cash again until 2008, when he cashed at the March Madness, the East Coast Poker Championships, and at the Heartland Poker Tour NY Fall Poker Classic, where he finished 5th in the $5,000 NLHE Main Event to earn $18,620.

In 2009, Andrew cashed 9 times, starting with an in-the-money finish in the Main Event at the EPT PokerStars Caribbean Adventure. In Las Vegas, he finished 13th for $81,710 in the WPT $25,000 Championship at the Five Star World Poker Classic, and was finally old enough to attend his first WSOP, where he cashed in 5 events.

Andrew cashed 9 times in 2010, making 6 final tables, and winning 3 events. His first cash was at the Aussie Millions, where he finished 6th in the A$5,000 Heads-up Championship to earn A$15,625. His next 5 cashes were in Las Vegas, where he finished 10th for $44,195 in the $5,000 NLHE at the Deep Stack Extravaganza, cashed at the Five Star World Poker Classic, made the money in the $1,500 NLHE at the WSOP, and won the WSOP Circuit Main Event at Caesars Palace for $190,137 and his first WSOP Circuit ring. While in Vegas, he also won the Full Tilt Poker Doubles Poker Championship qualifying match.

In December, Andrew finished 4th for $218,933 in the WPT Championship Event at the Doyle Brunson Five Diamond World Poker Classic, and finished runner-up to Chris Klodnicki in the Epic Poker League’s Mix-Max Main Event to earn $514,480.

To start 2012, Andrew was back in the Bahamas for the PCA, where he made the money in the EPT Main Event.

When Andrew takes a break from playing poker, he can be found making instructional videos and coaching players on LeggoPoker.com. Now making his home in Las Vegas, Andrew enjoys travelling, bowling, and basketball. 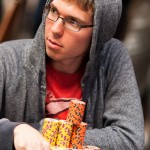 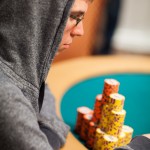 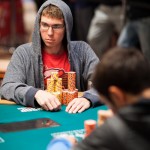 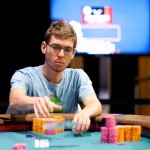 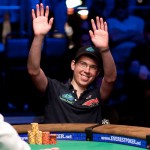 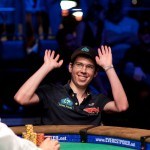