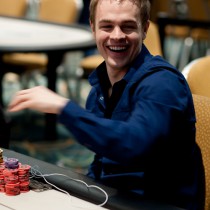 Andrew Robl is a high-stakes cash game specialist but his forays into tournament poker have proven fruitful. The young player has made World Series of Poker and World Poker Tour final tables.

Before Robl was a poker professional, he spent a summer working as a janitor at a YMCA. While there he realized how important it was that he stop playing as a breakeven player and start winning, so he didn’t have to clean toilets. Robl began to spend his spare time at the local Barnes and Noble reading poker books because he didn’t have enough money to actually buy them. Before long he was making his living on his laptop from the comfort of his dorm room. Not too long after that he dropped out of college and went pro.

In December 2007 Robl made the final table of the $5,000 NLH event at the Doyle Brunson Five Diamond World Poker Classic. That seventh place finish was his first tournament cash. Robl went on to cash in the main event of that series, the $15,000 NLH tournament. He went out 46th and earned $38,545.

At the 2010 WSOP Robl cashed four times. Then he headed to London for the WSOP Europe. Robl played the P$10,000 NLH High-Roller Heads Up event and finished 16th. He won P22,847. Robl decided to stick around the United Kingdom for the P$20,000 NLH European Poker Tour London High Roller event. He finished third and earned P$198,000.

In December 2010 Robl made his first televised World Poker Tour final table. The lineup was solid and included Vanessa Rousso, John Racener, and the eventual champion, Antonio Esfandiari. Robl was the second place finisher and he pocketed $549,003.

Robl wasn’t on the initial NBC National Heads Up Championship 2011 roster. He was called in to the $25,000 NLH invitation only event as an alternate. Robl proved he deserved to be there by making it to the Final Four players. He earned $125,000 for his quarterfinals appearance.

The aggressive young player from Michigan now resides in Las Vegas in order to ensure easy access to the biggest games. 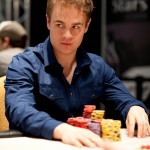 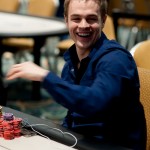