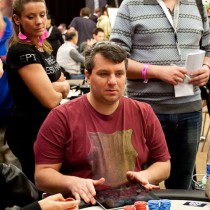 One of the newcomers to the game from the Russian Federation, Andrey Zaichenko’s success in poker can be traced back to both the online and live tournament poker communities.

Born in 1978 and calling Moscow home, Andrey is a graduate of Moscow University and spent much of his adult life working as a sales director for a software company. As poker boomed during the early part of the 21st century, Zaichenko discovered that he had a talent for the game. He would eventually leave his “real” job and take up poker in 2007, with excellent results.

In the first half of 2007, Andrey would make his first inroads into live tournament poker. His first cash was in the 2007 Russian Winter Poker Tournament’s Main Event. The $10,000 score for his sixth place finish would set off a streak of cashes that would take him from Goa, India to Barcelona. Before June that year, Zaichenko would cash in six tournaments, make the final table in three events and win the €1000 NLHE Heads Up championship at the World Heads Up Championships in Barcelona.

Andrey would expand his poker horizons by entering into the online tournament poker world around that same time. Zaichenko, using the name “Kroko-dill” (Russian for crocodile) on the major online sites, made his first cash in an online tournament in June 2007. In a $100 NLHE Deep Stack tournament, Andrey would finish in eighth place for a nice score of $639, but it would only be the start of what has been – either live or online – an excellent career decision.

For his online career, Zaichenko can claim championships in PokerStars’ two major tournament schedules, the World Championships of Online Poker (WCOOP) and the Spring Championships of Online Poker (SCOOP). Since his first cash in 2007, Andrey has earned $1,023,533 in online tournament cashes alone. When you consider he has 396 cashes in his online career, it breaks down to slightly more than $2950 per cash in online tournaments, an ROI that players only can aspire to.

Andrey’s live tournament career has dovetailed nicely with his online exploits. Between 2008 and 2010, Zaichenko earned seven cashes at the World Series of Poker and two cashes on the European Poker Tour. It wasn’t until 2011, however, that Andrey would earn his first true notoriety on the international tournament stage.

Between January and May 2011, Andrey was able to earn five cashes on the EPT, primarily in preliminary events, with three final tables in that time. At the 2011 WSOP, Zaichenko has had arguably his best tournament run, making two final tables among his three cashes. His best live career cash came in the $10,000 H.O.R.S.E. World Championship, where Andrey finished third behind eventual winner Fabrice Soulier and Shawn Buchanan for a $247,799 score.

Since his entry into the live tournament poker community in 2007, Andrey is on the verge of becoming a poker millionaire. He has earned $994,787 over his two victories, nineteen final tables and 34 total cashes. Along with his online results, Zaichenko has garnered $2,018,320 in total tournament poker earnings.

The married father of a five year old daughter, Andrey continues to actively play online and in the biggest European events. With the success that he has had on both the virtual and live felt, Andrey Zaichenko’s first major championship breakthrough could come at any tim 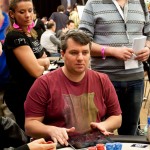