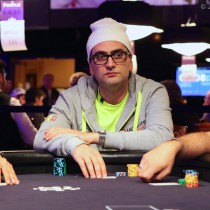 Antonio Esfandiari is one of the most entertaining and successful professional poker players on the tournament circuit. Since 2004, when he won his first WPT title and a World Series of Poker bracelet, he has proven time and again that he is a force to be reckoned with on the green felt.

The Iranian born Antonio is known as “The Magician,” both because worked professionally as a magician and for the amazing chip tricks he performs while at the poker table, keeping both fans and opponents entertained.

When Antonio was nine years old his family moved to the USA, settling in San Jose, California. He grew up with a great interest in magic and at age 19, he changed his first name from Amir to Antonio when he decided to become a professional magician. It was while performing as a magician and waiting tables to supplement his income that he was invited to play poker by his roommate. After winning the $30 buy-in tournament at the Garden City Club in San Jose, Esfandiari shifted his career focus and went from practicing magic 12 hours a day to spending 12 hours a day honing his poker skills.

Although Esfandiari was very successful at the poker tables around San Jose, he did not have a good grasp of bankroll management. After meeting future roommate and mentor, poker pro Phil Laak at the 2000 WSOP, Antonio started seriously building his bankroll and used some of it to enter the WPT Gold Rush Tournament in November of 2002. It was in this televised event that Esfandiari gave a memorable performance by tormenting Phil Hellmuth at the final table before knocking him out and claiming the 3rd place prize of $44,000.

Two years later in 2004, at only 25 years old, Antonio had his first remarkable year. He won his first World Poker Tour title at the L.A. Poker Classic for $1,399,135, where he became the youngest player ever to win a million-dollar prize and the youngest player to win a televised WPT event. He followed that feat up a few months later, by winning $184,860 and his first WSOP bracelet in the $2,000 PLHE event. In 2005, Antonio was in front of the cameras again where he made the semifinals of the NBC National Heads-Up Poker Championship, earning $125,000.

During the next few years Antonio was a familiar face to television viewers, regularly appearing on poker shows including the Poker Superstars Invitational Tournament, High Stakes Poker, and every season of Poker After Dark. In 2008, Esfandiari made the final table at the PokerStars.com EPT Grand Final in Monte Carlo, where he finished 8th and won €168,000 ($266,004). The next year, in 2009, he went deep in the Main Event of the WSOP, where he finished 24th, worth $352,832. Antonio was back making news again in December of 2010 when won his second WPT title and $870,124 at the WPT Doyle Brunson Five Diamond World Classic.

Aside from being a master illusionist and professional poker player who has career earnings of over $4,500,000 as of June 2011, Esfandiari is also very family oriented.  His father regularly can be spotted in the gallery watching his son play and proudly admitting he is his son’s “biggest fan.” Antonio is also very close to younger brother Pasha (Paul) Esfandiary, who is also a poker player nicknamed “Bird” by his big brother. After attending Antonio’s poker camp, Paul won a satellite seat into the 2005 WSOP Main Event. He went on to cash in 371st place – better than Antonio, who at the time, had never finished in the championship event.

Now making his home in Las Vegas, Antonio has a proven track record in poker. He has recently expanded his portfolio by sitting in as a commentator for the 2011 WSOP on ESPN, writing a poker book titled In the Money and producing a DVD called Magical Poker. 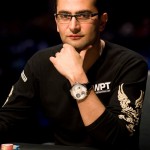 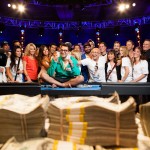 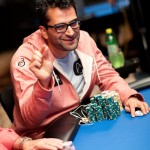 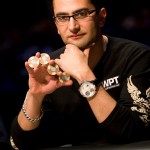