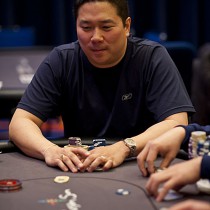 Bernard Lee is a professional poker player who had his first live event cash in 2005. In the first 6 years, he cashed 41 times, made the money in 8 WSOP events, reached 16 final tables, won a World Poker Finals title in 3 consecutive years, and earned close to $2 million.

Bernard was born on May 16, 1970 in New York, NY. He was educated at Harvard University where he earned a BA and MA, and at Babson College, where he earned his MBA. In the summer of 2007 after cashing in several tournaments, he gave up his job in marketing at a large biotechnology company in Massachusetts to pursue a career as a professional poker player.

At the 2005 WSOP Bernard collected his first live-event paycheck of $400,000 when he finished 13th in the Main Event. His next cash was at the 2006 WPT PokerStars.com Caribbean Adventure, which he followed by cashing at the United States Poker Championship in Atlantic City. In November of 2006, Bernard won his first of 3 World Poker Final titles when he took down the $4,800 NLHE for $368,919. His last cash of the year was at the WSOP Circuit event in Atlantic City where he finished 6th in the $1,000 NLHE for $11,250.

The highlight of 2007 for Bernard was cashing twice at the World Poker Finals at Foxwoods, and winning the $1,850 NLHE for $239,143 and his 2nd title. Other cashes that year were at the Foxwoods Poker Classic, the WPT Doyle Brunson Five Diamond World Poker Classic, and the Gulf Coast Poker Championship. In Mashantucket for the Mega Stack Challenge, Bernard cashed twice; 3rd place in the $2,800 NLHE for $85,954; and 5th in the $3,000 NLHE to earn $23,653.

Bernard started 2008 by cashing at the Borgata Winter Open before reaching consecutive final tables in his next 3 cashes. He finished 4th in the $5,000 NLHE Championship WSOP Circuit Event in Council Bluffs for $37,965. At the Foxwoods Poker Classic, he finished 4th in the $4,800 NLHE to earn $27,191 and at the WSOP Circuit event at Caesars Indiana, he was runner-up in the $1,060 NLHE to collect $40,237. Bernard then cashed at the WSOP, before cashing twice at the World Poker Finals where he took home his 3rd title when he won the $530 NLHE Shootout for $22,893.

In 2009, Bernard cashed at the Southern Poker Championship and at the World Poker Finals. In 2010, he cashed at the WSOP Circuit event at Harrah’s St. Louis, and made the money twice at the WSOP. His biggest WSOP paycheck was $31,647 and came when he finished 410th in the Main Event. His best finish was 21st in the $1,500 NLHE to earn $17,289. Out of his 10 cashes that year, Bernard biggest finish was 3rd in the $10,000 NLHE WSOP Circuit Regional Championships at the Horseshoe Hammond for $236,368. That was also the year he cashed in his first Heartland Poker Tour (HPT) tournament, finishing 5th in the $1,500 NLHE Main Event in Mount Pleasant, worth $35,374.

By September 2011, Bernard had cashed 10 times for the year. He cashed in the Mega Stack Challenge XIX in Mashantucket; twice at the Foxwoods Poker Classic; the NAPT Uncasville; made the money in 4 WSOP events, and made his second HPT final table. His best finish at the WSOP was 4th in the $1,500 NL Deuce-to-Seven, for which he collected $28,422. At the HPT Verona, he finished 3rd in the $1,500 NLHE Main Event to take home $52,144.

Currently living just outside of Boston, Massachusetts with his wife and two children, Bernard is very active in the poker community. In the poker media world, he is the co-host of ESPN Inside Deal, radio host of The Bernard Lee Poker Show, and poker commentator for www.worldseriesofpoker.com and the Eastern Poker Tour. Since September 2005, he has written the Sunday poker column for the Boston Herald. He is also an instructor for World Series of Poker Academy and the official spokesperson for the Foxwoods Resort Casino’s poker room. 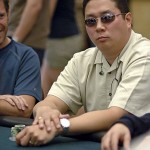 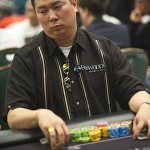 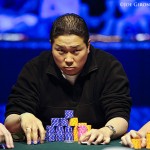 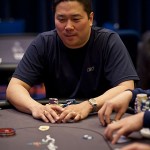