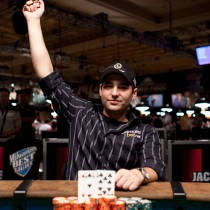 Brandon Cantu was born on May 10, 1981 in Vancouver, Washington. Through high school and early adulthood, Brandon lacked aspirations for direction or career, until he found poker. As for thousands of others, Chris Moneymaker’s 2003 WSOP Main Event win opened Brandon’s eyes to the world of professional poker. An entire generation thought they could make a go of it as a profession; Cantu knew.

Brandon studied the game on television and the Internet, and he deposited money in an online poker account to play low-stakes limit games. Over time, he built a bankroll and slowly moved up in limits, using his aggressive nature to bully opponents and create a winning style of play.

After several years of developing his skills, Cantu took a trip to Las Vegas in the summer of 2006 to try his skills at the live tables of the World Series of Poker. His first cash was a bracelet, beating a historically huge field in $1,500 NLHE that earned Brandon $757,839. He also finished 18th in the World Poker Tour Festa al Lago Main Event later that year and won a $300 NLHE event at the Ultimate Poker Challenge. He finished the year with a runner-up finish in $1,500 NLHE at the Five Diamond World Poker Classic for $136,835.

After his outstanding 2006, Cantu relocated to Las Vegas. IN 2007 he made several final tables and started 2008 with a deep run in an Aussie Millions event. He final tabled events at the LA Poker Classic and Wynn Classic.  In March, he won his first WPT Championship at Bay 101 Shooting Stars pocketing the $1 million first place. He followed the win by cashing 3 WSOP events that year, including a deep run in the Main Event coming in 20th for $257,334.

Cantu added another victory in 2010 by taking down $5,000 NLHE at the Wynn Classic, and he continued to cash in events like the WSOP and the European Poker Tour.

The young pro owns a home in Las Vegas and recently married. He has won more than $3.5 million in live poker tournaments as of July 2011. 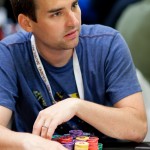 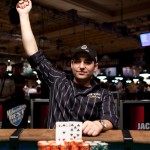 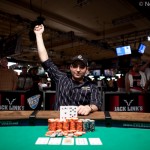