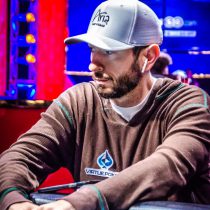 Brian Rast is relatively unknown to casual poker fans but players know him as one of the top young high stakes cash game players. The Stanford University drop-out can be found playing the biggest games in the world form Macau to Las Vegas to Atlantic City. He found some success playing a limited tournament schedule until the 2011 when won two World Series of Poker bracelets including the $50,000 Poker Player’s Championship.

Rast was born in Denver, CO where he was the high school valedictorian and moved off to Stanford University. He began playing poker while in college after watching Rounders and eventually dropped out to begin his poker career. Rast spent his time studying the game, building up his bankroll, and moving up stakes along the way.

Rast came to the 2011 World Series of Poker late but made a quick impression. He entered the $1,500 Pot Limit tournament after being urged by his friend Antonio Esfandiari. Just a few hours after landing in Las Vegas from Brazil, he bought into the tournament a few days later was posing for pictures with his first career WSOP bracelet and $227,232 over Allen \\\”Chainsaw\\\” Kessler.

His victory gave him confidence to enter the $50,000 Poker Player\\\’s Championship. The last big tournament before the Main Event boasted a field of 128 of the top players in the world playing an 8-game Mix format. While admitting he is not the best mix game player, he felt confident going into the No Limit Hold\\\’em-only televised final table.

Rast was facing a tough heads up battle against Phil Hellmuth seeking his 12th WSOP bracelet and big chip deficit. He worked himself back into the match and eventually bested Hellmuth to become the only two-time bracelet winner of the year. Rast is owner of the Chip Reese trophy at $1,720,328.

Even with his success in the biggest buy-in event of the summer, Rast did not play in the WSOP Main Event. He met his fiancé Julianne on a trip to Brazil and went through several failed attempts to obtain a visa for her first trip to the United States. Her fiancé visa meeting was scheduled at that U.S. Embassy for July 15th, right in the middle of the Main Event. Rast told WSOP Media Director the decision was easy, after his Poker Player\\\’s victory he flew back to Brazil to support her during the process. 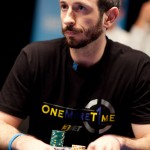 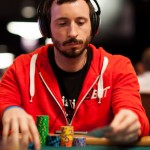