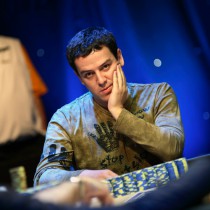 Carlos Mortensen is a very successful professional poker player who cashed in his first live event in 1999. In the first 12 years of his career, he earned close to $11 million by cashing 126 times, winning 21 events, having 75 final table finishes, winning 3 WPT events (including the WPT Championship in 2007), and making the money in 26 WSOP events. He has won a pair of bracelets, his first for taking down the Main Event in 2001. He is the only player to win the WSOP Main Event and the WPT Championship.

Juan Carlos Mortensen was born in 1972 in Ambato, Ecuador. When he was very young his family moved to Madrid, Spain where he was introduced to the game of poker in 1997. Proving he was a natural at the game, just 2 years later he had become one of the most respected players in Madrid and in 1999, his peers offered to pay his way to the WSOP for a percentage of his winnings. Although Carlos did not cash in any events at the WSOP in 1999, he did manage to win in the LHE cash games, turning $1,000 of his own into $50,000. It wasn’t long before Carlos moved to Las Vegas, where he would focus on poker and pick up the nickname \\\”El Matador\\\” because of his fearless style at the poker table.

Carlos made it to 4 more final tables before he would see his first big victory, which took place at the 2001 L.A. Poker Classic when he won an LHE event for $116,722. A month later, he was in San Jose, CA to win the Shooting Stars $1,000 NLHE event, a seat in the 2001 WSOP Main Event and $44,550. That free seat turned into one of the great victories in WSOP history, when he parlayed it into his first gold bracelet and $1.5 million by winning the Main Event at the WSOP. Winning the Main Event not only propelled Carlos to poker star fame, but also put him at the top of the 2001 Money List.

Carlos cashed 12 times in 2003 which included cashing in 3 WSOP events, where he won the $5,000 LHE event to collect his 2nd gold bracelet and $251,680. He also cashed at the WPT L.A. Poker Classic, the Four Queens Poker Classic, the WPT Bellagio Five-Star and Five-Diamond World Poker Classics, the Austrian Masters, and $5,000 the NLHE at the WPT Borgata Poker Open where he finished 4th and earned $70,500.

In 2004 Carlos took home $1 million for winning the WPT Doyle Brunson North American Poker Championship. He also won the $1,500 PLHE at the L.A. Poker Classic for $117,650, and the $1,455 NLHE Shootout at the WPPA Championship of Poker for $16,780. While at the WPPA, he also took 4th in the $4,900 NLHE Championship to earn $32,125. His other cashes that year were at the Festa al Lago, the WPT Invitational in Los Angeles, the Monte Carlo Millions, and 3rd place at the World Heads-Up Poker Championships in Barcelona. He also cashed twice at the Borgata Poker Open, and 3 times at the Gaming Club World Poker Championship in Dublin.

In 2005, Carlos finished in the money 18 times, cashed twice at the WSOP, and cashed in 10 Poker Superstars Invitational Tournaments in Las Vegas, winning 5 of them. He started by cashing at the National Heads-up Poker Championship before collecting his biggest paycheck of the year, $72,844 for his runner-up finish in the $2,000 NLHE event at the Mirage Poker Showdown. To round out his year, Carlos cashed at the WPT Legends of Poker, the FullTilt Poker Global Poker Challenge, the Monte Carlo Millions, and finished 5th in the $3,000 NLHE at the Five Diamond World Poker Classic for $31,330.

Carlos cashed 26 times in 2006, which included 5 cashes and 3 final table finishes at the WSOP. He started the year by winning the $3,000 HORSE for $53,105 at the Jack Binion WSOP Circuit Event in Robinsonville. He went on to cash in 10 Poker Superstars Invitational Tournaments, the WPT Borgata Winter Open, the WPT World Poker Challenge, the Five-Star World Poker Classic, a WSOP Circuit event at Caesars Las Vegas, the Mandalay Bay Poker Championship, and twice at the Intercontinental Poker Championship.

In 2007, Carlos made history by winning the $25,000 buy-in WPT Five-Star World Poker Championship for a record-breaking $3,970,415 payday. His other notable cashes that year were at the EPT Grand Final in Monte Carlo, and the WSOP Main Event where he finished 217th for $51,398.

Carlos started 2010 by cashing twice at the PokerStars Caribbean Adventure which included making the money in the NAPT Main Event. At the L.A. Poker Classic, he cashed 3 times, winning the $1,065 NLHE for $273,500, and taking 9th in the WPT Main Event for $100,130. He also won the WPT Main Event at Hollywood Poker Open in Lawrenceburg, taking home $393,820 and the distinction of being the first player ever to win 3 open events on the World Poker Tour.

In the first 9 months of 2011, Carlos had cashed 6 times, won the Aussie Millions A$10,000 Australian Heads-up Championship for A$130,000; finished 3rd in the NLHE WPT Championship Event at the L.A. Poker Classic to pocket $640,680, and made it to the top of the Spanish and WPT all time money lists.

When Carlos takes a break from cashing in tournaments, he enjoys riding All Terrain Vehicles, and bowling, which he says helps relieve the stress of long hours at the poker tables. 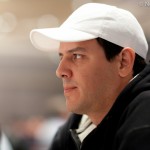 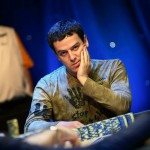 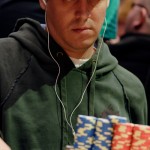 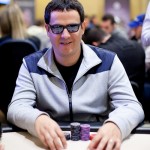 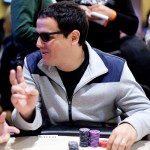 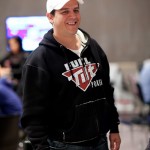 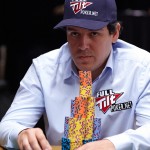