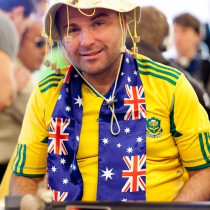 Casey Kastle is a professional poker player who had his first live-event cash in 1998. In the first 14 years of his career, Casey cashed 99 times, made 53 final tables, won 9 events, cashed 14 times at the WSOP, and earned over $1.6 million.

Born in 1960, Casey was raised in Chicago, Illinois. After going to college and obtaining a BA in business, he entered the workforce. He discovered poker when he helped a church group host a charity casino night event where he dealt blackjack for the evening. After the event, there was a $2-$10 cash poker game which Casey joined. He fell in love with the game when he won $400, which was more than he made a week at his job. Soon he was attending the events 4-5 nights a week to play poker – and making money.

In the late 1990s Casey started seriously to consider playing poker full-time, after hearing that people in places like Las Vegas actually made a living playing poker. In 1998, he decided to go to Las Vegas where he could play cash games and tournaments.

That spring, Casey cashed twice at the Vienna Spring Festival, finishing runner-up for ATS49,980 in the ATS3,000 Stud/HE, and took 3rd in the ATS15,000 NLHE to earn ATS177,870. The next month, he cashed twice at the Torneo Di Poker Nova Gorica, before making a pair of final tables at the California State Poker Championships.

In 1999, Casey cashed twice at the California State Poker Championships, made the final table in events at the Austrian Classics, the Autumn Tournament in Paris, and won the $500 NLHE at the Sam Boyd Poker Classic to earn $13,156.

Casey started 2000 by winning the $500 Stud-8 at the Carnivale of Poker to earn $45,080. After cashing at the L.A. Poker Classic, he made 4 final tables at the Legends of Poker, winning the $300 NLHE to earn $23,040. In 2001, he cashed at the World Poker Challenge Reno, the World Heads-up Poker Championship, the Austrian Masters in Vienna, and was runner-up in the €500 PLHE for €5,480 on the Poker Europa Mediterranean Cruise. In 2002, he cashed twice at the L.A. Poker Classic, making the final table in both events.

In 2003, Casey cashed for the first time at the WSOP, making the money twice, which included cashing in the Main Event. He also cashed at the Jack Binion World Poker Open, the UltimateBet Poker Classic, and at the Bellagio Five-Star and Five-Diamond World Poker Classics.

The highlights of Casey’s 11 cashes in 2004 were cashing twice at the WSOP, and cashing in 4 WPT Championship events. At the WPT L.A. Poker Classic, he took 10th for $45,380, finished 9th for $22,800 at the Bay 101, finished 16th for $25,968 on the PartyPoker Million Cruise, and a cashed at the UltimateBet.com Poker Classic. In 2005, he took 4th for $45,000 in the PPT Final Day NLHE at the Bay 101 Shooting Stars of Poker, cashed again on a WPT PartyPoker Million Cruise, cashed twice at the WSOP, and made the money at the WPT Five Diamond World Poker Classic.

After cashing in the 2008 EPT San Remo, Casey cashed 3 times at the European Poker Championships where he won the Lord of Poker Event. At the WSOP he cashed twice, and finally made a deep run when he finished runner-up for $137,985 in the $1,500 PLO-8. To end his year, he finished 4th for $90,000 in the $5,000 NLHE at the APPT Macau, and cashed at the EPT in Barcelona and Budapest.

In 2010, Casey cashed 6 times and made 5 final tables. He cashed twice at the WPT Spanish Championship, making one final table. His other final tables were at the EPT Tallinn, Finnish Open Championships, the Master Classics of Poker, and a runner-up finish in the €1,000 NLHE/PLO at the EPT Barcelona to earn €18,800.

At the 2011 Aussie Millions, Casey cashed twice, before cashing at the ANZPT Adelaide. He followed by winning the €750 PLO Championships at the Irish Open to earn €22,300, and cashing at the EPT San Remo. At the WSOP Europe in Cannes he cashed in the Main Event, and finished 9th in the €2,500 6-Max NLHE for €17,790. He ended the year by cashing at the EPT Loutraki, the WPT Marrakech, the WPT Prague, the EPT Prague, and winning the €1,050 NLHE Re-Entry Event at the Belgian Poker Series Grand Final in Namur for €22,761.

Casey started 2012 by cashing twice at the PCA, where he made the money in the EPT Main Event. A week later, he was at the Aussie Millions Poker Championship where he finished 7th in the A$1,000 HE/Omaha to earn A$7,110.

Aside from his live-event accomplishments, Casey is known for the impact he had on the entire poker world when in 2000, he started the petition that eventually led to non-smoking poker rooms. As a result of his efforts, was approached to become the Chairman of the Ethics Committee for the World Poker Association, which he accepted.

Now making his home in Slovenia, Casey considers himself a citizen of the world. He loves to travel, so being able to visit all the countries he wants to see and play poker fits his bachelor lifestyle perfectly. He also loves fine wines, which was a passion developed when he was an exchange student living in a converted monastery in the wine country of Sienna, Italy. That led him to own a fine wine shop for a short time in the Chicago area, and serve as a wine consultant. Besides travel, food and wine, Casey enjoys photography, motorcycles, and being involved in charities. 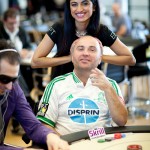 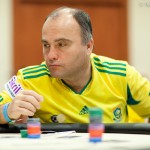 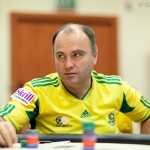 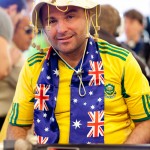 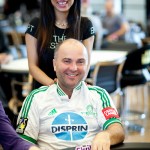