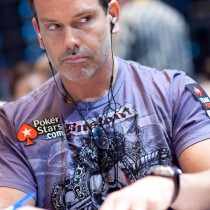 Chad Brown has been an actor, television show host, commentator, and poker player, but it is the latter that seems to have best captured his love of gaming and competition. Through years of building his bankroll by grinding in ever-higher levels of cash games and developing tournament skills, Chad has become a highly successful poker player and poker celebrity.

In a career already approaching $3 million in career earnings as of the beginning of 2011, Chad Brown became a cancer survivor in February, following removal of a 10-pound tumor from his abdomen. Just 3 weeks before, Brown had finished runner-up in a tournament he hosted in Florida. Less than a month after surgery, he was back in tournament poker, and his victory at the Wynn Classic was one of the most inspirational and popular performances of the year.

Chad Brown was born August 13, 1961 in New York and raised predominantly in the Bronx. His desire to be an actor was something that started at a very young age, and he took acting jobs as he worked his way through school. Meanwhile, poker was a hobby learned in local Italian cafes with friends and played in private games. He never suspected at the time that poker would become more than a leisure activity.

By the early 1990s, Brown moved to Los Angeles in the hopes of landing more acting jobs. He found his way into roles in movies like Miami Hustle and some television shows, but recurring roles and high-paying jobs were hard to find, so he supplemented his income by playing cash games at local L.A. card rooms. In 1993, he was hired to help with a game show called Caesars Challenge. He later landed the job hosting the Ultimate Poker Challenge television show.

His closeness to tournaments for work purposes prompted him to begin playing tournaments himself. Some of his earliest successes included an 11th place finish at the 1993 World Series of Poker in $1,500 LHE, as well as final tables in the 1996 Masters of Poker Championship in Los Angeles and the 1999 U.S. Poker Championship in Atlantic City. (When he made the final table in Atlantic City, he was actually taking a break from acting and poker, helping a friend run a medical supply business in Florida. When the company failed, he returned to LA to acting and, increasingly, poker.)

Brown’s first big tournament year was in 2002 when he finished 3rd at the WSOP $1,500 OEOB for $45,400, followed by his first tournament win in $1,000 Stud at the Bellagio Five Diamond Poker Classic for $36,084. He continued to make deep runs in WSOP events and other series in L.A. and Las Vegas, with his next victory coming Stud at the L.A. poker Classic in 2004. He also finished runner-up to Ted Forrest in Stud at the WSOP that year.

Other highlights of Brown’s poker career include wins at the 2009 Caesars Palace Classic in Heads-Up NLHE, a pair of wins (including the NLHE Championship) at the 2009 Gulf Coast Poker Championship in Biloxi, and a victory at the 2011 Wynn Classic in Las Vegas. In total, Brown has won in excess of $3 million in live tournaments, in addition to online tournament successes like the World Championship of Online Poker.

A recent battle with cancer has only served to increase Brown’s poker focus, as he strives to maintain his healthy lifestyle and overcome the rare disease. With the Players Championship and the Main Event still to play at the 2011 WSOP, Chad had already cashed 3 times and made another Stud final table. 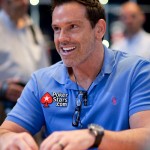 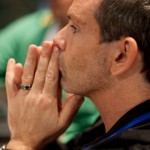 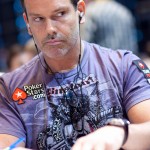 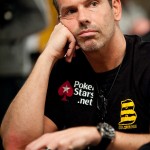