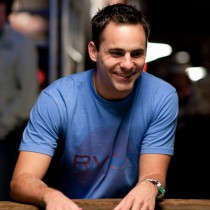 Chris Klodnicki is a professional poker player who made his first live-event cash in 2005. In the first 6 years, Chris cashed 39 times, made 14 final tables, cashed at the WSOP 16 times, won 3 events including an Epic Poker Main Event and a WSOP Circuit event, and earned over $2.8 million. During that time he was also a successful online poker player, earning over $1.6 million.

Chris was born on May 11, 1985 in Camden, New Jersey.  In 2003 he was introduced to poker, and while attending Lehigh University and obtaining a degree in finance, he played online. Known as “SLOPPYKLOD” on PokerStars, Chris racked up impressive wins, which included winning a Super Tuesday event for $61,555, and earning $97,070 for taking down $500K event in 2010.

It wasn’t long before Chris decided to make the transition to live poker, and 7 months shy of his 21st birthday, he attended the 2005 Annual East Coast Poker Championship in Verona, New York where the legal gambling age is 18. There, he made his first live-event cash when he finished runner-up in the $1,000 NLHE Championship Event to earn $20,981. His next 3 cashes were in 2006, when he made the money at the Borgata Summer Open, the Bellagio Cup, and the WPT Borgata Open. In 2007, Chris cashed at the WSOP Warm-UP in Atlantic City, the WSOP, and the Borgata Poker Open.

In 2009, Chris cashed 6 times and won his first WSOP Circuit event. He cashed at the Borgata Winter Open, and then made the money 3 times at the WSOP, which included his 3rd place finish in the $2,500 Mixed event to earn $97,896. He finished the year by winning the $4,900 NLHE Main Event at the WSOP Circuit event at Harrah’s Atlantic City to earn his first ring and $215,915.

The first of Chris’s 8 Cashes in 2010 was at the WSOP Circuit event at Caesars Atlantic City, where he took 4th in the $5,000 NLHE Main Event for $65,362. At the Borgata Spring Poker Open East Coast Championship, he earned $92,456 for his runner-up finish in the $7,200 NLHE. At the WSOP, he cashed 3 times, including making the money in the Main Event, and cashed at the Borgata Double Play Tournament.  His last pair of cashes were on the WSOP Circuit in $10,000 Championship events. He finished 15th for $32,305 at the Horseshoe Hammond, and was runner-up at Harrah’s Atlantic City for $221,452.

In 2011, Chris made the money 11 times, starting with a cash at the NAPT PCA event. At the WSOP, he cashed 6 times with his best effort being 19th in the $10,000 NLHE 6-Max for $35,377. In August, Chris cashed in the Epic Poker League’s Pro-Am Event, cashed at the Borgata Deep Stack Double Play Open, and took 7th in the $9,700 NLHE WPT Championship Event at the World Poker Finals to earn $68,465. To wrap up the year, he outlasted 99 other players to capture the Epic Poker League’s Mix-Max Main Event Championship. After a final table that saw 454 hands in over 15 hours of play, Chris he defeated Andrew Lichtenberger after a long heads-up battle to win the Champion\\\\\\\’s Ring along with $801,680.

Now making his home in Voorhees, New Jersey, Chris is a familiar face at the poker tables in Atlantic City, especially at the Borgata. When he takes a break from poker, he enjoys travelling, playing basketball, playing tennis, and watching NFL football. 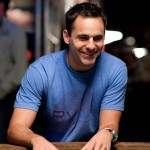 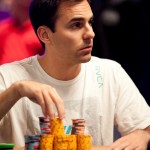 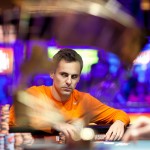 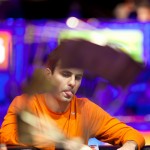 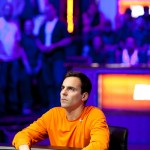 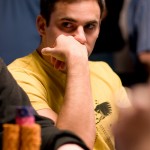 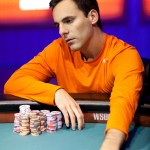