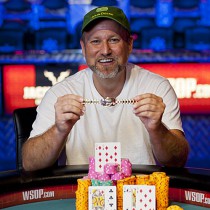 Chris Tryba is a professional poker player who made his first live-event cash in 2003. In the first 8 years, Chris cashed 89 times, made 49 final tables, won 7 events, won 2 WSOP Circuit rings, cashed in 7 WSOP events, and earned close to $1 million. During that time he was also a successful online poker player, earning over $500,000.

Born in 1968, Chris grew up in Sturbridge, Massachusetts. At a young age he played cards with friends and family, and when he was 10 years old, he beat a friend out of several record albums while playing poker. He dabbled at poker during his first year of college, but it was after college in 1998-1999 that he got serious about the game. On a trip to Foxwoods, he realized he lost much less at poker than at pit games, and started studying the game along with friends. Soon he was winning steadily in the cash games, and a professional poker player was born.

Chris cashed 12 times in 2010, including twice at the WSOP, and 3 times in WSOP Circuit events. At the WSOP, his best result was in the $1,500 Stud-8 where he finished 7th for $22,926. He also cashed twice at the Venetian Deep Stack Extravaganza, 3 times at the L.A. Poker Classic, once the Borgata Poker Open, and once at the Detox Poker Series.

As of November, Chris had cashed 18 times in 2011 and won a WPT Regional event. His first 8 cashes were in WSOP circuit events, which included 3 cashes at the Choctaw Durant, cashing twice at the Palm Beach Kennel Club, a cash at Harrah’s Tunica, and Caesars Atlantic City.  At the Borgata Deep Stack Double Play Open, he won $131,257 for taking down the $1,500 NLHE.

Chris cashed 3 times at the 2011 WSOP, which included finishing 8th for $38,812 in the Stud Championship, and placing 16th in the Stud-8 Championship event to earn $27,888. In October, Chris made his first WPT cash when he won the $1,500 NLHE Regional Event at the Colorado Poker Showdown Lake Charles to collect $67,000. Later the same month at the Horseshoe Hammond, he had his 9th WSOP Circuit cash, making him the player with the most in the money finishes at circuit events in 2011.

Travel and poker are the things Chris enjoys most, which is good because he stays on the road for months at a time driving from one live event to the next. When he is home in Las Vegas, he enjoys having friends over for barbequed rib-eye steaks and maybe some Chinese Poker. He also likes watching sports, especially his favorite teams, the Boston Bruins and the Red Sox. Other interests include swimming, watching movies, and playing backgammon. 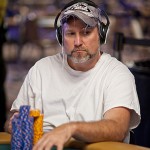 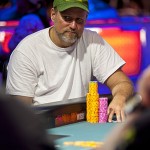