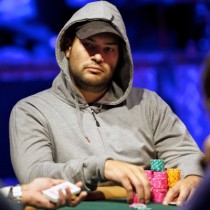 Daniel Idema is a Canadian professional poker player who made his first live-event cash in 2007. In the first 4 years, he cashed 13 times, made 6 final tables, won 2 events, cashed 7 times at the WSOP, won a gold bracelet, and earned over $1.2 million.

Born in Delta, British Columbia, Canada in 1985, Dan grew up like many Canadian boys, with aspirations of being a professional hockey player. Through his late teens, he concentrated on hockey and was drafted to play for the Medicine Hat Tigers, a junior hockey league. An injury ended his dreams of a career on the ice, and a short time later, Dan was introduced to poker by his brother, poker player and commentator Adam Schwartz. After reading books and learning the game, Dan started playing seriously in limit cash games online.

At the 2007 L.A. Poker Classic, Dan made his first live event cash when he finished 38th in the $9,900 NLHE WPT Event to earn $28,855. He then cashed at the APPT Philippines in Manila, before going home to play in the British Columbia Poker Championships in Richmond, where he defeated 643 players to win the C$2,500 NLHE Championship Event to earn C$402,500. His only cash in 2008 was also at the British Columbia Poker Championships, where he finished 5th for C$10,643 in the C$500 LHE/NLHE Mixed event.

As of October 2011, Dan had cashed 6 times for the year, and won his first gold bracelet. He started the year by finishing 6th in the $2,500 NLHE Main Event for $22,410 at the Asian Poker Tour in Manilla. He cashed in the Main Event at the EPT Grand Final Madrid, before cashing in 4 events at the WSOP.

Regarded as one of the best limit hold‘em players, Dan makes his home in Vancouver, British Columbia where he still plays online. Even though online poker is legal in Canada, Dan has been focusing more on live events and cash games due to the current environment of online poker. 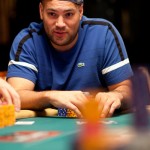 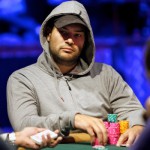