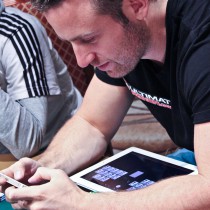 His story of discovering online poker in college is not unusual with the new generation of poker players, but the success Daniel O’Brien has made from those beginnings is to be noted. Finishing school, launching a business, and finding poker success all make him one of the more unique players in the game.

Daniel O’Brien was born in the 1980s and completed his high school education. He was then accepted to the University of Maryland, and he left home to live in the dorms and pursue his degree in finance.

It was in 2002, during his freshman year, that he watched the movie “Rounders.” He knew nothing about poker but was inspired by the movie to learn Texas hold’em with friends at school. He soon realized that there was money to be made in the game, so he began devouring poker books to learn it. By his second semester, he was playing in $20 buy-in games five or six nights each week in a friend’s dorm room, and he made $1,500 in that semester alone.

His third semester at school found O’Brien putting $50 into a PartyPoker online poker account. He made $500 in his first week and began to make that same amount every few days. He moved from cash games to tournaments, and he won approximately $150,000 during his college years.

Upon graduation, O’Brien took a job as a trader on Wall Street, working at a trading desk for Abel Noser. He kept the job for nearly a year, but poker was his true passion. He traveled to California to play to play some small tournaments while still playing online, but he eventually moved to Las Vegas to establish a home base where poker was available around the clock.

Prior to the Las Vegas decision, O’Brien traveled to the World Series of Poker in 2006. He placed 349th in the $10,000 NLHE World Championship Main Event for $34,636. After visiting again the following year and min-cashing a NLHE Shootout event, he knew that he didn’t belong on Wall Street. His entire focus would be poker, as he quit that job and made that move to Sin City.

By 2008, he made a final table of a WSOP event, finishing third in a $2,000 NLHE event for $198,132. He began making deep runs in World Poker Tour events as well, in the Doyle Brunson Five Diamond World Poker Classic in 2008, and the L.A. Poker Classic and Bay 101 Shooting Stars in 2009. He was also making final tables of side events at the Wynn Classic, EPT Barcelona, and Festa al Lago.

O’Brien found greater WPT success in 2010, first with a ninth place finish at the Southern Poker Championship, but next at a return to the Bay 101 Shooting Stars. He made the televised final table of that $10,000 WPT Main Event and finished third for $292,800.

To date, O’Brien has more than $1.2 million in live tournament earnings to his name, and he continues to improve in many of the game variations, with NL 2-7 Single Draw as his favorite. Meanwhile, he has launched a company called Juicebox Clothing with some friends to produce specialty T-shirts, and he spends his downtime playing hockey and racquetball. 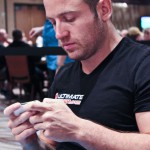 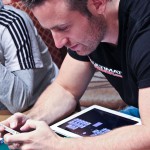