All Poker Open (APO) by PMU.fr

The Festival in Bratislava 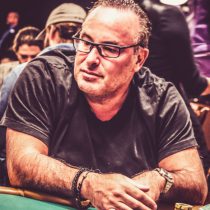 A shark not only on poker tables around the world but in the business community as well, Dan Shak has enjoyed a great deal of success while pursuing tournament poker on a semi-professional basis.

Born on May 7th, 1959, Shak made his name as a trader on the floor of the New York Mercantile and Commodities Exchange (COMEX) before setting off on his own to start a hedge fund called SHK Asset Management in 2002. The success of the company, which trades in futures of precious metals, allows Dan to dabble in what has become another passion, the world of tournament poker.

“The skill set you need to succeed in corporate life and the financial world is the same skill set you need to succeed at the poker table,” Dan stated in a 2010 interview, and he has demonstrated that he has the abilities to succeed in both. His first cash in a poker tournament was 2004, a twelfth place finish in a $500 NLHE tournament during the Ultimate Bet Poker Classic in Aruba. After that cash, the poker bug seems to have bitten Shak as he traveled the world to in his pursuit of some of the biggest games in poker.

2005 saw Dan venture to the World Series of Poker for the first time, earning three cashes during that tournament schedule. He made a final table in the $5000 Omaha Hi/Lo event and made the money during the Main Event, eventually finishing in 183rd place. A final table during the 2006 United States Poker Championship Main Event, where he finished in fourth place for $151, 902, only served to let the poker community know that Shak was a force to be reckoned with in the tournament poker world.

At the WSOP in 2007, Dan demonstrated his charitable side along with his drive to excel in poker. He captured the championship of the $5000 Ante Up For Africa charity event, then turned around and donated his $245,893 in winnings back to the cause. He would do the same thing in 2008 when, defending his championship, he placed third for $54,529.

2010 would prove to be a breakout year for Dan, as he won his first major title and came very close to capturing his first ever WSOP bracelet. At the 2010 Aussie Millions $100,000 Challenge, Shak defeated a final table that included Antanas “Tony G” Guoga, England’s Tony Bloom and Phil Ivey in heads up play to capture the $1.2 million first place prize, his largest cash of his career as of June 2011. Later in the year, Dan finished as the runner up to Chris Bell in the $5000 PLO Hi/Lo, taking home a $202,142 score.

In what would have to be considered a stellar “semi-professional” career, Dan has earned $2.7 million dollars among his 35 cashes. Those cashes have been spread all over the world, from the Caribbean to Australia, Canada and Italy, and have earned Shak a reputation as a player who will go wherever the biggest tournaments are and is a threat to take the lion’s share of the prize money.

A proud father of three daughters, Dan splits his time between his residence in Las Vegas and a home in the Hamptons on Long Island in New York – when he isn’t battling on the felt somewhere in the world for a poker championship, that is! 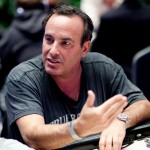 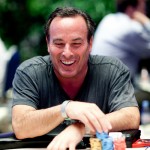 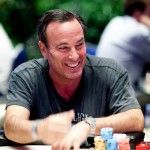 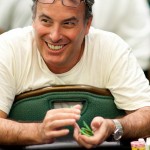