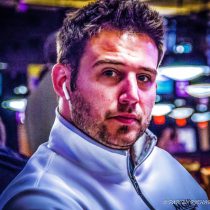 To accumulate more than $1 million in online poker earnings is one great accomplishment, but to add nearly $1 million in live earnings to that is a feat that few can accomplish. Darren Elias is one of them.

Hailing from Southern California, Darren Elias was born and raised in the Los Angeles area. After high school, he attended the University of Redlands, where he eventually graduated with a creative writing degree.

Spending so much time in front of a computer in college, it was no surprise that online poker came across his radar. He started playing during his early university years, and he quickly turned a small deposit into a sizeable bankroll.

Elias did well in cash games but found that MTTs were his strength. He moved up to the higher buy-in events, and his account grew exponentially. He won a Full Tilt Online Poker Series (FTOPS) event early in his career, and he made final tables of such events as the World Championship of Online Poker (WCOOP) Main Event on PokerStars, that one being worth $396,000. He also took second in big events like the PokerStars $100 rebuy and Full Tilt Poker $1 Million Guarantee. In only a few short years, he won more than $1 million.

In 2008, Elias decided to put his skills to the test on the live tournament circuit. He started with a trip to the Aussie Millions in Melbourne, Australia, in January, and he cashed in only one event. Not discouraged, though, he continued to play through that year and made his first final table in November at the Holiday Bonus Tournament in Los Angeles, finishing third in the $1,500 NLHE Championship event for $38,970.

His first World Series of Poker cash came in 2009, but he didn’t make a bigger splash until 2010 when he cashed in three WSOP events. One of them was close to a final table, when he finished eighth in the $5,000 NLHE 6-max event for $59,291. Still in Las Vegas, he played the Venetian Deep Stack Extravaganza $5,000 NLHE Main Event, and he finished second there at the final table for a $195,335 payout.

Elias has more than $850,000 to his credit thus far in live poker earnings, and he continues to build a reputation in live tournaments as solid as his has been online.

When not playing poker, he enjoys reading and writing, putting his college degree to good use. 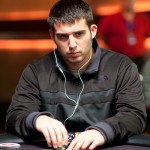