David Rheem, commonly known as Chino, made the final table of the $10,000 NLH World Championship main event in 2008. He was part of the inaugural November Nine that was reached in July at the World Series of Poker. Rheem returned to the felt at the Rio after a few months hiatus and ended up going out in seventh place when his A-K could not hold up against the eventual champion’s A-Q. He pocketed $1,772,650 for his deep run.

Rheem finished in the money in his first live poker tournament in early 2005. He made the final table of a E$300 NLH event in Monte Carlo, Monaco. Rheem went out in third place and earned E$7,610. At the World Series of Poker that summer Rheem cashed two times. His first WSOP cash was for $7,240 for a 19th place finish in a $1,500 NLH. Rheem also made a deep run in the $10,000 NLH World Championship main event. He was eliminated in 193rd place and earned $39,075.

Rheem was the second place finisher in the $1,000 NLH with rebuys event that was eventually won by Allen Cunningham. For making his way through the 752 player field he earned $327,981. At the 39th Annual WSOP, in 2008, Rheem made two final tables. The first was in the $5,000 LHE/NLH event. He was awarded $93,624 for his fifth place finish. Then Rheem made it to the final table of the $10,000 NLH World Championship main event. When the tournament resumed in November Rheem as eliminated in seventh place. He won $1772,650 for his November Nine appearance.

In December 2008 Rheem won his first World Poker Tour title. He defeated Justin Young heads up to earned the first place prize of $1,538,730. Rheem bested 497 opponents to it to the televised final table and ultimately take down the $15,000 NLH Doyle Brunson Five Diamond World Poker Classic main event. In early 2009 Rheem narrowly missed winning the $10,000 H.O.R.S.E. event at the L.A. Poker Classic. Officially he took second place in the tournament but he really ended up chopping heads up with Scotty Nguyen. Both players pocketed $260,485.

In August 2011, Rheem made history by capturing the Inaugural Epic Poker League Main Event championship for $1,000,000 and the Champion\\\’s Ring.

When Rheem travels from his home in California to play poker he’s rarely on his own. He keeps company with good friends who happen to be some of the brightest minds in poker including Michael Mizrachi, Amnon Filippi and J.C. Tran. 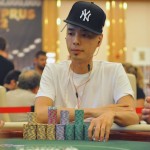 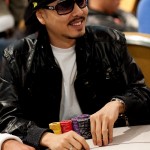 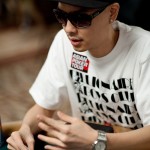 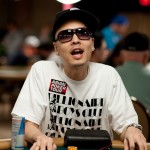 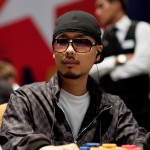 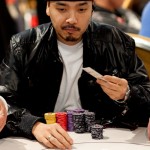 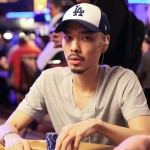