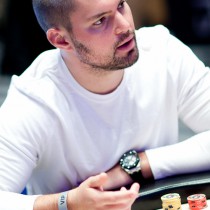 David “Doc” Sands is a professional poker player who made his first live-event cash in 2006. In the first 6 years, David cashed 30 times including 14 cashes at the WSOP, made 10 final tables, won 3 events, and earned close to $2 million. During that time he was also a successful online poker player, earning over $2.8 million.

Originally from California David grew up in Bozeman, Montana. After high school, he was recruited to play tennis at Hamilton College, a liberal arts school in upstate New York, where he discovered poker, but had no money to play. At the end of his first semester, he went to the school bookstore to re-sell his used books and noticed the bookstore offered less than 10% of the new purchase price back for used books. He decided to exploit this margin by buying as many used books as possible, then re-selling them on eBay and Amazon. It wasn’t long before he had 4 part-time employees, and had profited just under $30,000 which provided him with the bankroll to launch his poker career.

In 2007 he graduated from Hamilton College, with a degree in international politics and took a job as an analyst at an Internet marketing firm. Still playing online as “DocSands” and “Sexseen,” David became one of the best online tournament players in the world and soon left his job as to concentrate on his professional poker career.

Proving his ability to play both live and online, from 2008-2009 he set a world record for the most online Sunday major victories with eight wins. That feat earned him over $2 million, catapulted him to the top of the CardPlayer Online Player of the Year standings, and placed him as one of the highest ranked players on PocketFives.

In 2010, David cashed 8 times, starting with a pair of cashes at the EPT San Remo. At the WSOP, he cashed 4 times, with his best showing being in the $1,500 NLHE event where he made the final table and finished 8th to win $49,409. After Vegas, he cashed at the Legends of Poker event in Los Angeles, and finished 5th in the $10,000 NLHE WSOP Circuit Regional Championships at the Horseshoe Hammond to take away $131,299.

David cashed 13 times in 2011, including 3 times at the WSOP. He started by cashing 58th in the EPT PokerStars Caribbean Adventure Main Event for $38,000. He then made a pair of final tables when he finished 8th for €18,400 in the €10,000 NLHE at the EPT San Remo, and finished 4th in the €25,000 NLHE High Roller Event at the EPT Grand Final in Madrid to earn €135,000. A couple of weeks later he was back in Vegas where he cashed for the 3rd time in his career at the Deep Stack Extravaganza.

David now lives in Las Vegas with Erika at the Panorama Towers, where he enjoys working out and playing golf when he takes a break from the poker tables. 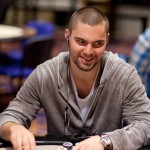 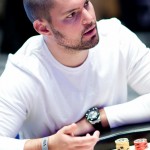 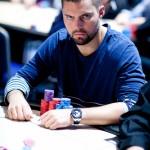 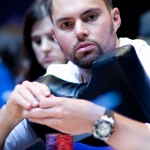 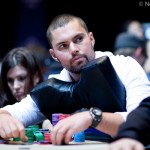 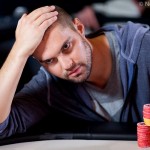