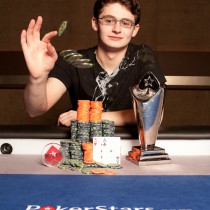 David Vamplew is a young Scottish poker who turned pro in 2009. Since then he has won three events, claimed two titles, won close to $2 million and is currently at the top of the Scottish All Time Money List.

Born in Edinburgh, Scotland on September 27, 1987, David started playing poker in 2005 and turned pro in 2009 after graduating from Edinburgh University with a math degree.

David’s first cash in a live event came at the 2010 WSOP where he came in 106th in the $2,500 NLHE event and cashed for $6,071. In September he was in London, where he defeated John Juanda after a 4-hour heads-up match to win the £5,000 NLHE UK & Ireland Poker Tour (UKIPT) Main Event Grand Final EPT for £900,000.  The next month he was back in London to win the UKIPT Tournament of Champions EPT event.

Along with his impressive performances at the live tournament tables, David has also found success playing online. Playing as \”davidv1213\” he won the PokerStars Sunday 500 in August 2011 for $62,144. Between online and live play it is no wonder that when asked what he does in his spare time, David replied, “If I am not playing poker, I am out celebrating a big win!”

David is definitely a young poker pro on his way up. As of August 2011, he ranked 138th on the Global Poker Index. 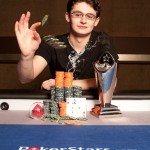 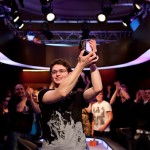 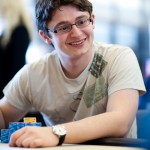 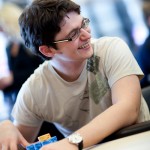