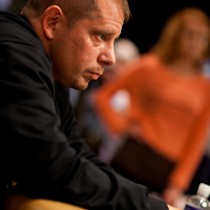 Emanuel “Will” Failla is a professional poker player who made his first live event cash in 2005. In the first 6 years, Will cashed 100 times, made 41 final tables, won 8 events including a WPT title, had 18 WSOP cashes, and earned over $3.1 million.

Will was born on December 2, 1967 in Commack, New York. The Long Island native grew up to be known as Will, and later in life, he went by the nickname Will “The Thrill” because of his outspoken nature and confident, powerful presence in almost any situation. He was introduced to poker over 20 years ago, when he started playing in friendly home games. Soon he turned poker into a profitable endeavor that he played in underground rooms and private games along the East Coast. When poker became available in places like Atlantic City, he was there to make money and enjoy the company of other poker aficionados.

It wasn’t until after the poker boom that Will began playing higher profile poker tournaments. With friends from the East Coast, he began to travel to events like the World Series of Poker. His first live event cash came at the 2005 WSOP, where he competed in the $10,000 NLHE Main Event and finished 234th for $28,375.

In 2006, he played more events and final tabled a $500 NLHE side event at the Borgata Winter Open, then finished 8th in the WSOP Circuit Evening Event in Atlantic City. He had another WSOP cash that summer, and made a deep run in the WPT Borgata Poker Open Main Event, finishing 16th for $33,000. He then final tabled another WSOP Circuit event and finished runner-up for $25,000.

In October, Will was in Europe where he finished runner-up for €64,589 in the €5,000 NLHE 6-Max at the WSOP Cannes, before cashing at the EPT Sanremo. At the WPT Jacksonville, he cashed twice, winning the $560 NLHE event to earn $21,987. He finished his year by cashing twice at the Doyle Brunson Five Diamond World Poker Classic, which included making the money in the WPT Main Event.

Although Will has been playing poker for more than two decades, he continues to enjoy the game as much as ever. Anyone watching him in a tournament can hear the outspoken player with his heavy New York accent, and they can tell that his good-spirited fun at the tables is just that – fun. 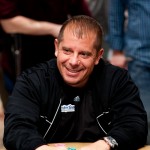 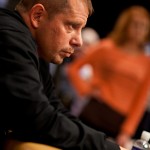 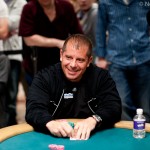