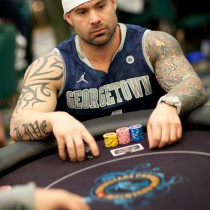 Over the past five years, Erik Cajelais has emerged on the tournament poker scene and has arguably become one of the most underrated competitors on the circuit.

Born on February 19th and currently calling Montreal, Quebec home, Erik didn’t initially take to the game of poker. For almost a decade, Cajelais worked as a bartender, preferring to indulge in his passions for baseball and weightlifting while off work. It wasn’t until he started playing home games with his brother and their friends early in the 2000s that the competitive nature of poker stoked Erik’s competitive fires and led him to contemplate taking up the game professionally.

That decision would eventually come to fruition in 2005, when Erik took the plunge and entered the professional tournament poker circuit. He earned his first cash in September that year, finishing in eighth place for $11,070 in a $1000 NLHE preliminary event on the Borgata Poker Open schedule in Atlantic City. Later in the year, he would make his first ever journey to a World Poker Tour event a memorable one, cashing at the WPT World Poker Finals in Foxwoods.

2006 would signal Erik’s arrival on the tournament poker map. Over the course of the year, Cajelais won his first tournament, a $5000 NLHE tournament at the Five Diamond World Poker Classic (for a $430,730 score), while earning three more cashes on the WPT. 2007 would be notable in that Erik picked up two second place finishes on both the WSOP and the WPT stages; he finished behind Burt Boutin in the $5000 PLO event at the 2007 WSOP and would be the runner up to Rhymie Campbell at the WPT Turks and Caicos Poker Classic later in the year.

With only a short time in the tournament poker world under his belt, Erik has built a poker portfolio that many would aspire to. Cajelais has earned a WSOP bracelet, two wins, thirteen final tables and 23 cashes for his career. His $2.25 in career earnings put him in sixteenth place on Canada’s list of all-time money earners in tournament poker.

Although he has the look of a “tough guy” – with his tattooed forearms and biceps culled from years of weight training – Cajelais is actually one of the nicer players away from the felt. He is heavily involved in Montreal’s Mariam Foundation, an organization that supports rehabilitative, vocational and residential services and programs that foster increased socialization and community integration for children and adults living with intellectual disabilities or Autism Spectrum Disorders. He is a fixture at their yearly charity poker event, lending the credibility of his poker reputation to the proceedings.

At the tables, however, is a different story. Erik admits that he is an aggressive player, using that tactic to push his opponents off their game. It seems to have worked well over the past few years for Cajelais, who is looking to become more of a name in the tournament poker world and shed that “underrated” label. 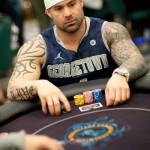 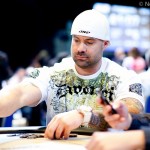 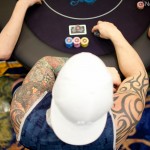 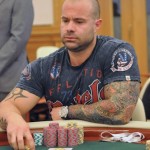 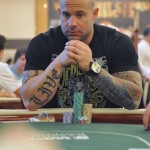