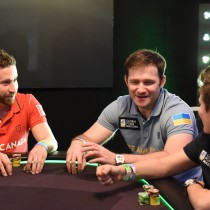 Eugene Katchalov is a professional poker player who made his first live event cash in 2004. In the first 7 years of his career, Eugene cashed 55 times, made 25 final tables, won 4 events, earned a WPT title, cashed at the WSOP 21 times, won a gold bracelet, and earned over $7 million.

Eugene is the type of motivated and disciplined individual that succeeds because of sheer determination and intelligence. Whether the task at hand was a college degree, stock trading, or a poker career, he proved that he can achieve his goals over and above expectations. Since claiming poker as his profession in 2004, Eugene has earned an average of $1 million per year, and he continues to impress with his accomplishments and respect for the game.

Born on February 21, 1981 in Kiev, Eugene spent his first 10 years in the Ukraine until his family chose to move to the United States. They settled in Brooklyn, New York, where his childhood included learning the strategy of board games and online games like Warcraft 2. After High School, Eugene attended New York University, where he graduated with a degree in finance and international business in 2003, setting himself up for a career in stock trading.

Just after graduation, Eugene discovered poker with friends during an evening of boredom, which developed into regular Hold ‘em home games. He took that interest to online poker and made a small deposit on PartyPoker and soon, he was making $20 or $30 a day in $10 Sit n Gos and small stakes limit Hold ‘em cash games. As he moved up in stakes, he began cashing in tournaments, including winning the PokerStars 2009 WCOOP $500 Heads-up event for $170,000.

Though he worked as a stock trader by day, Eugene had a passion for poker and chose to dedicate himself to the game on a full-time basis. His family was supportive, likely due to his father having played cards professionally as a teenager and before leaving Russia, where the game was illegal and players competed in private games in home and parks. By 2004, his mother realized her son’s new career could be quite the lucrative one.

Eugene’s first live event cash was in December 2004. During his first trip to Las Vegas, he made the final table of a $3,000 NLHE tournament at the Five Diamond World Poker Classic, finishing 5th to collect $47,868. He used his earnings to buy-in to the World Poker Tour Main Event, where he finished 35th for $27,227.

In his first full year as a pro, Eugene cashed 8 times. He started by cashing at the 2005 L.A. Poker Classic, and making the money in the Main Event at the European Poker Tour Grand Final in Monte Carlo. At the Five-Star World Poker Classic, he cashed twice in $5,000 NLHE events, finishing 5th in one of them to collect $41,410. He also cashed twice at the WSOP, and finished 8th in the $2,500 NLHE at the Five Diamond World Poker Classic to earn $11,275.

It would be 2007 before Eugene cashed again, with his first cashes being at the WPT Borgata Winter Open, and a cash in a Bellagio Weekly event. Next, he won back-to back events, taking down a Super Satellite at the Five Star World Poker Classic, and winning the $5,000 NLHE to earn $118,785. After cashing at the WSOP, Eugene cashed twice at the Doyle Brunson Five Diamond World Poker Classic in December, where he won his first big event – the WPT $15,000 NLHE to collect $2,482,605.  In 2008, all of Eugene’s 5 cashes were at the WSOP, with his best effort being a 6th place finish in the World Championship Omaha-8 event for $110,450.

In 2010, Eugene’s first cash was at the PokerStars Caribbean Adventure (PCA) when he finished 5th in the $5,000 Heads Up Challenge. After cashing at the L.A. Poker Classic in the WPT Main Event, he was at the WSOP, where he cashed 4 times and made 3 final tables. His final tables included a 7th place finish for $74,670 in the $10,000 Omaha-8 Championship, a 3rd place finish for $248,831 in the $10,000 HORSE Championship, and a 6th place spot in the $25,000 NLHE 6-Max to earn $194,559. To end his year, Eugene made the money in the WPT Main Event at the Doyle Brunson Five Diamond World Poker Classic, and in the Championship event at the WSOP Circuit Harrah’s Atlantic City.

Eugene cashed 13 times in 2011, and won a pair of major events, one of which earned him his first gold bracelet. At the PCA in January, he cashed 3 times, winning the Super High Roller event for $1.5 million, cashing in the EPT Main Event, and finished runner-up in the $10,000 High Roller event to take home $131,920. Next, he cashed at the NBC National Heads-Up Championship, finished runner-up for $68,000 in the $10,000 NLHE High Roller Bounty Shootout at the NAPT Uncasville, and made the money in the Main Event at the EPT Grand Final, Madrid.

When Eugene takes a break from playing as a PokerStars-sponsored pro under the alias “MyRabbiFoo,” he enjoys dabbling in stock trading, but due to his success in poker, trading may remain a hobby for awhile. 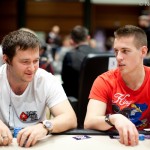 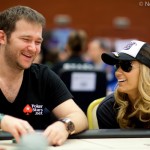 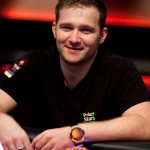 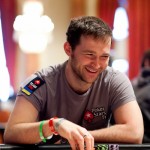 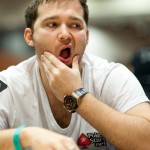 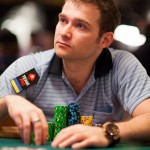 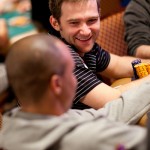 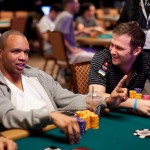 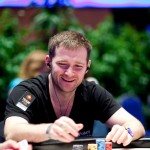 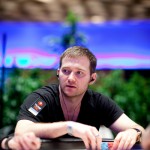 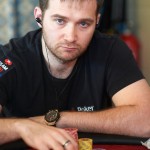