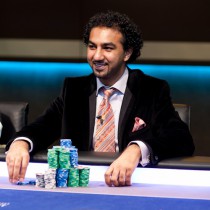 Faraz Jaka is a professional poker player who made his first live-event cash in 2007. In the first 4 years of his career, Faraz cashed 28 times, made 11 final tables, cashed in 11 WSOP events, and earned over $3.1 million.

Faraz was born on September 9, 1985, in San Jose, California, where his parents encouraged his love of sports. In high school, he played basketball and set track records by running the mile in 4:29 and the half-mile in 1:59. He went on to attend the University of Illinois at Urbana-Champaign, where he majored in economics and business, and was introduced to poker by friends.

Faraz enjoyed the game, but played recklessly in the beginning, with his favorite move being to play any suited cards, hoping to make a flush. This tendency prompted his friends to give him the nickname “The Toilet,” which he soon adopted as his online poker screen name. Playing online, Faraz had several scores, including a great run in 2007, where within a 2-week span, he won a UB $200K Guarantee and a PokerStars’ Sunday Warm-Up to earn over $110,000. In August of that year, he took down Full Tilt Poker’s $1K Monday for $85,000, and won a Sunday Mulligan a few months later. In 2009, he won the PokerStars $1K Super Tuesday for $78,000.

In January 2011, Faraz made the money twice at the PokerStars Caribbean Adventure (PCA), cashing for $33,000 in the EPT Main Event, and finishing 4th in the NAPT $5,000 Bounty Shootout for $10,000. That summer he cashed once at the WSOP when he finished 28th in the $5,000 6-Max to earn $20,504. He went on to cash at the Grand Poker Series, the Deep Stack Extravaganza, and cash twice at the Doyle Brunson Five Diamond World Poker Classic.

More than a unique name and personality with fun hats at the tables, Faraz is a hybrid of old-school live and new-school online poker players. Along with an entrepreneurial business mind, Faraz keeps everyone wondering about his next move. He has declared that he is a businessman first and poker player second, and his financial decisions have reflected as much. Over the last few years, he has invested his earnings in real estate and started a company called AxisCasterboarding.com.

When not playing poker and tending to business matters, Faraz enjoys staying active by playing sports, and likes listening to hip-hop music. 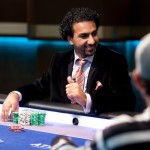 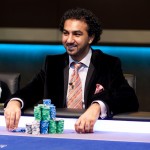 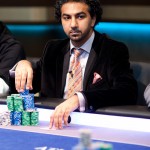 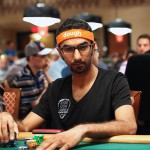