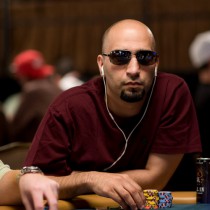 He is better known for his online poker success, but Hafiz Khan has become a force at the live tournament tables as well. With more than $1.7 million in live earnings thus far, he stands out from many of the newer players in the game.

Hafiz Khan was born in Stockton, California, and his youth was spent around computers. It was no surprise that he then went to college and entered the work force as a software analyst. He enjoyed the solitude of working with computers, though he reveled in his social time with friends as well.

It was through friends that he first played poker in a home game. He noticed that there was a skill element to the game and pursued it further through cash games in local card rooms in Northern California. He spent much of his leisure time there but soon determined that his game could best improve if he gave it his full concentration. He took a year off from work and spent it in isolation, studying the game through internet forums, training videos, and hours upon hours of playing online poker.

When he emerged, Khan was a skilled player with a bankroll and the desire to play poker full time. He quit his job and continued to play, eventually finding an attraction to the live tournament poker scene when he qualified online for a seat to the 2008 PokerStars Caribbean Adventure Main Event.

Khan has nearly made a full transition from online poker to live tournaments, and he continues to enjoy the game, having made close friends in poker along the way. By discussing strategy and immersing himself in the tournament scene, Khan has produced more than $1.7 in live earnings in only a few years. 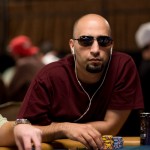 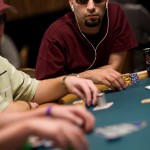