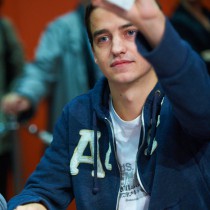 Despite his young age, Hugo Lemaire has become one of the top earning poker players to emerge from the French market. His success online and live have catapulted him into the top rankings in less than two years.

Hugo Lemaire was born in Sceaux, France, one of the outlying suburbs of Paris. He discovered poker in his late teens and began playing online. Through that world, he grew friendships with other players like Clement Thumy and improved his game by sharing analysis and studying poker intensely.

Beginning with freerolls, Lemaire slowly but surely built a bankroll that amassed into something he never imagined. By 2009, he had enough money to travel to the World Series of Poker and try his hand at live tournaments. Though he didn’t cash at the WSOP, he did manage a final table at the Bellagio Cup series in Las Vegas, finishing second for $97,490.

Back home and online, Lemaire continued to do well in the MTT scene. He final tabled events like the Full Tilt Poker Sunday Brawl and $1K Monday, and he won the $150,000 Guaranteed on UltimateBet. On that same online poker site, he also won the $200K Guaranteed for $45,000. And about that time, he also became a sponsored team player for EurosportPoker in France, always playing under the screen name “Hhhhugo.”

In 2010, Lemaire gave live poker another try. He started strong with a deep run at the European Poker Tour Main Event in Deauville, finishing 18th in the €5,000 NLHE event for €18,400. But a few weeks later, at the Euro Finals of Poker in Paris, he won the €5,000 NLHE Diamond Event for €213,570, proving his online skills certainly did translate to live poker.

And exactly one month later, he won the NLHE High Roller event at the Marrakech Poker Open for nearly $100,000. Later that year, he final tabled events at the TexaPoker Open de Gruissan and the 2010 Hold’em Series in Paris, and then he finished second in a NLHE event at the Mazagan Poker Million in El Jadida for nearly $35,000.

His most recent trip to the World Series of Poker in 2011 yielded one cash, but Lemaire always knows that he can return to France and compete online in the high stakes games and tournaments.

Lemaire is listed as one of the up-and-coming French players in tournament poker. Having accumulated nearly $700K in only two years of live experience, it is no surprise he makes that list.