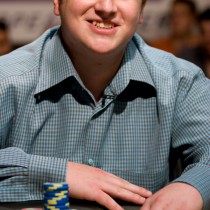 Isaac Baron is a professional poker player who made his first live-event cash in 2006. In the first 5 years, he cashed in 25 events, made 6 final tables, won 2 events, cashed 10 times at the WSOP, and earned over $2.2 million. During that time he also earned millions as a legendarily successful online tournament player.

Born on July 10, 1987, Isaac was raised in Menlo Park, California. He was introduced to poker in 2003 when he and his friends watched the 2003 WSOP. After watching the WSOP on television, 16-year-old Isaac and his friends started playing home games. A short time later, being too young to open his own online poker account, Isaac arranged for a friend to transfer him some funds online. When he won his first online tournament for $4,000, Isaac’s online poker career was born.

In 2006, Isaac started earning serious cash online. He abandoned his college aspirations to study journalism when he realized he could make more money from poker than he could make from a writing career. Using the screen names “westmenloAA,” “Isaac Baron” and “the guru 11,” Isaac earned over $1 million online in 2007, which caused Card Player Magazine to name him its first Online Poker Player of the Year. One of his biggest scores was winning the PokerStars Sunday Million to collect $254,000, and in 2008 at Full Tilt, he won an FTOPS event for $158,852.

Isaac’s first cash in a live event came at the 2006 PokerStars Caribbean Adventure (PCA), where he finished in 35th place for $13,500. His other cash that year was for C$62,781 when he finished 18th in the C$10,000 WPT Main Event at the North American Poker Championships in Canada.

As of October, Isaac had cashed 6 times in 2011. His first cashes of the year were in 3 WSOP events. He also cashed at the Mega Stack Series, and in August, cashed in the Inaugural Epic Poker League Main Event, finishing 10th to earn $49,360. In September, Isaac played the 2nd Epic Poker Main Event, this time finishing 6th to take home $92,050.

If not for poker, Isaac admits he would probably be in college studying journalism, hoping to get into sports journalism or sports broadcasting one day. It is doubtful however he would be enjoying his present lifestyle, living in a beautiful home and driving a Maserati, on a journalist’s salary – perks his poker winnings have paid for.

When Isaac isn’t playing poker or being an instructor at CardRunners.com, he can be found playing video games, and watching or playing sports, especially his favorite basketball team, the Celtics. He still lives close to his family, and enjoys spending time with them and his friends in Menlo Park. Isaac’s ideal day he has said, would be waking up about 10, playing pickup basketball for a couple of hours, getting in a late round of 18 holes, and then going home and watching a good football game. Isaac also admits he is a rap fan and listens to Kanye West, Jay Z, and Eminem, with some classic rock thrown in for variety. 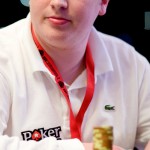 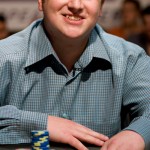 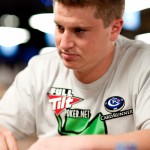