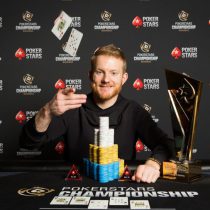 Jason Koon is a professional poker player who made his first live-event cash in 2008. In the first 3 years, Jason cashed 19 times, made 3 final tables, cashed at the WSOP 9 times, and earned over $700,000. During that time he was also a successful online player earning over $2.4 million.

Jason was born in Weston, West Virginia on August 14, 1985. After graduating from Lewis County High School in 2003, he attended West Virginia Wesleyan College, where he earned his M.B.A. in finance. It was while in college in 2006 that Jason discovered poker, and started played in home games with friends. Having a naturally competitive nature, Jason wanted to be the best he could be, so he started reading books and was soon crushing the home games.

Because he was doing so well in the home games, he decided to try online poker. After making his first deposit, Jason admits he had a rough start and was destroyed. Determined to succeed as an online player, he kept studying the game, joined an online training site, and began booking wins. His perseverance paid off, and he won four online weekly $1,000 events for a combined total of more than $200,000.

Like many online players, Jason decided to take his game live, and in the fall of 2008, he quit his job selling group insurance for Sunlife Financial and moved to Las Vegas to pursue poker full time. At the 2008 Deep Stack Extravaganza, he finished 17th in the $1,000 NLHE for his first live-event cash of $1,976.

Jason’s next cash was in 2009, when he made the money Borgata Winter Open, then was back in Las Vegas to cash at the The Wynn Classic. Cashing at his first WSOP, he made the money twice, which included finishing 17th in the $2,000 NLHE to earn $20,400. To end the year, he cashed in his first WPT event when he finished 4th for $225,680 in the $10,000 NLHE Championship Event at the Festa Al Lago, and cashed at the WPT Doyle Brunson Five Diamond World Poker Classic.

In 2011, Jason cashed at the Winter Poker Classic, and cashed 6 times at the WSOP, including finishing 29th for $29,228 in the NLHE 6-Max Championship, and making the money the Main Event.

Like many successful online poker players, Jason was greatly affected by Black Friday. In order to continue to play online, he moved to the online poker player haven of Vancouver, Canada. Although moving to another country was a big adjustment, Jason thought Vancouver was a beautiful city and enjoyed living in Coal Harbor and Yaletown. In spite of his good experiences in Vancouver, at the end of 2011, Jason moved to Cyprus where he is now a roommate of fellow pro Chris Moorman.

When asked about his future, Jason has said winning WSOP bracelets is his goal, but he also plans on embarking on other ventures like investing in real estate. One thing he is pretty sure of, after his success at poker and enjoying the lifestyle – he will never have a 9-5 job. 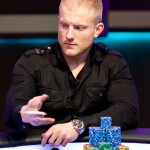 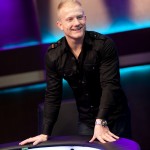 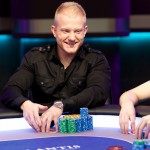