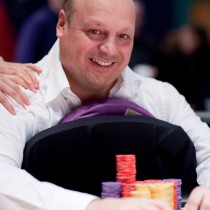 Jeff Lisandro is a professional poker player who made his first live event cash in 1995. In the first 16 years, Jeff cashed 90 times, made 59 final tables, won 13 events, cashed in 39 WSOP events, won 5 gold bracelets, and earned over $5 million. He has also been a successful high-stakes player in cash games during this time.

Born in Perth, Australia, Jeff was introduced to poker by his mother, who taught him the game when he was 5 years old. When he got older, he worked as a real estate investor before embarking on a poker career.

Jeff made his first live event cash at the 1995 Festival of Poker in London when he finished 5th in the £300 PLHE to collect £1,200. At the Vienna Festival, he cashed 3 times, making the final table each time, and placing 3rd in the ATS15,000 NLHE Championship Event for ATS48,890. To finish the year, he cashed 3 times at the Master Classics of Poker Amsterdam, winning the HFI100 event for HFl20,579.

In 1996, Jeff made the final table in 3 events at the Vienna Spring Poker Fest, and cashed twice at the Torneo Di Poker Nova Gorica, winning the L.250,000 Stud to earn L.8,250,000. He went on to make final tables at the California State Poker Championship, the Studmaster, and the Legends of Poker, all in Los Angeles.

Both of Jeff’s cashes in 1997 were at the WSOP. He next cashed in 1999 by making 3 final tables at the Moscow International, winning the $1,000 PL 5-Card Stud for $20,000. In 2000 he made the final table and cashed twice at the Crown Australasian Poker Championships.

Jeff’s next cash was in 2002 when he made 3 final tables at the Ladbrokes World Heads-up Poker Championships in Vienna. His other cash that year was winning the €1,000 NLHE at the Austrian Classics for €28,080. In 2003, he cashed at the Euro Finals of Poker, cashed twice at the Austrian Masters, and cashed twice at the Bellagio Five-Diamond World Poker Classic, winning the $1,500 PLO for $122,217.

Jeff’s first cash of 2005 was for $542,360, which he collected for winning the $10,000 NLHE WSOP Circuit Championship Event at Harrah\’s Lake Tahoe Poker Festival. At the WSOP, he cashed 4 times, with his best effort being 7th in the $5,000 NL Deuce-to-Seven for $29,605. He finished the year by making final tables at the Austrian Classics and the King Solomon\’s Amalfi Open Maiori.

Known as \”Iceman,\” Jeff is one the most feared cash-game players in the world. Although he owns a home in Santa Barbara, California, he still calls Salerno, Italy home. 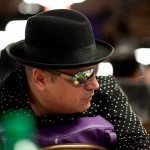 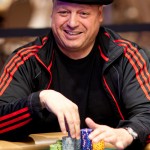 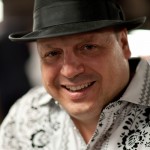 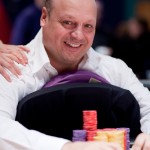 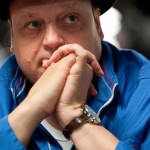