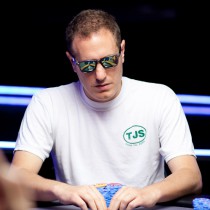 Jesse Martin is a poker pro from Northburo, MA who now resides in New York. He made his first live event cash in 2005 and since then, has cashed 34 times, made 4 final tables, took down a Five Star World Poker Classic event, cashed at the WSOP 19 times, and earned close to $800,000. During that time he was also a successful online player.

The first of Jesse’s 6 cashes in 2008 took place at the Foxwoods Poker Classic where he finished 4th in the $2,800 NLHE to earn $25,096. At the WSOP, he cashed twice before making the money in a Bellagio Weekly Tournament.

In 2009, Jesse cashed at the L.A. Poker Classic, the WSOP, and twice in WPT events. He cashed in the WPT Borgata Poker Open, and finished 22nd for $26,571 in the $9,700 NLHE WPT Championship Event at the World Poker Finals at Foxwoods.

Even before the Black Friday online poker crackdown, Jesse had grown tired of grinding cash games online and had decided to focus on live poker tournaments. From his recent string of cashes, it is obvious that he has remained committed to improving his tournament game. 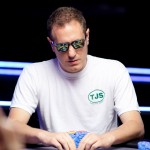 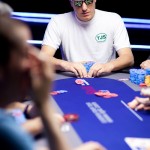