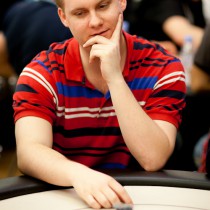 Joe Ebanks started his poker career by playing poker tournaments online where he built an impressive MTT resume. Although he has played several live tournaments all over the world, Joe wasn’t well known until 2011 – when he won his first gold bracelet at the WSOP.

A native of Stow, Ohio, Joe was enrolled at Kent State University studying psychology when he discovered online poker at the age of 19. Thinking it was ‘really cool’ he could make money on the Internet doing something he enjoyed, he learned poker by playing and was soon entering online tournaments. Playing mostly Texas Hold ‘Em and Omaha, Joe deposited $50 which he lost in two weeks. He was in love with the game however and reloaded his bankroll with $150 to keep trying. Since then he has played off his winnings, never looking back.

After three years at Kent, Joe dropped out to pursue a full-time poker career playing online. Using the nickname ‘ender555,’ he built up an impressive $3,164,875 bankroll and traveled the world playing in live tournaments by winning his buy-ins online. His first big live event win was in May of 2008 in Latin America where he finished eighth for $19,303 in the LAPT $2,500 NLH event in San Jose.  Five months later, he booked his first live event win in the USA when he finished in 26th place in the $15,000 WPT Championship 6th Annual Festa Al Lago Classic in Las Vegas for $31,975.

Joe started off 2009 in the Bahamas where he cashed in the PokerStars Caribbean Adventure on Paradise Island and took home $4,700. Three months later he was in Connecticut to win the $4,800 NLH Foxwoods Poker Classic event for his first big live paycheck of $95,570. The same month he would take another first place win, this time in the €1,000 NLH EPT in San Remo for €77,000 ($100,842) and a week later, he was in Monte Carlo to cash in his second EPT event.

While Joe had been very successful in the short three years he had been on the live tournament trail, 2011 would prove to be the jewel in his crown of achievements. He started the year by placing in the EPT Deauville and the NAPT Uncasville. Then he was off to Las Vegas where he started off the series by finishing 22nd in the $1,500 NLH Six Handed event to win $15,552. Next, he finished 75th in the $1,500 NLH Shootout to pocket $4,998.  His next showing would be his dream come true; besting a field of 474 players to win his first gold bracelet, $1,158,481 and the Championship Title in the $10,000 buy-in Six Handed NLH event.

As of June 2011, at just 26 years old, Joe Ebanks is just starting his amazing poker career. With total career earnings of almost $5,000,000 already, this dynamic young poker pro is climbing the success ladder fast. Still preferring online play to live, Joe has said he wants to continue his online poker career and will probably move to England or somewhere else in Europe where online poker is legal. 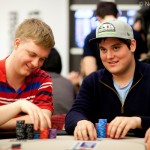 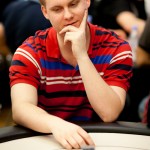 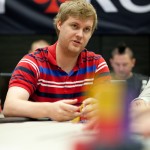