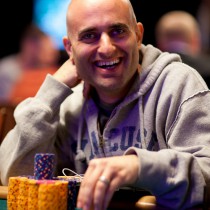 Joe Tehan holds titles on both the World Poker Tour and the North American Poker Tour. His winnings from those victories alone total just under two million dollars.

The New York born pro now calls California home when he’s not on the road following the tournament trail. He grew up playing poker and other games with his family but they were skeptical of poker’s viability as a profession. Upon seeing his results Tehan’s mother and father became much more supportive.

Tehan’s first sizeable tournament score was in December 2005. He came in second in the $1,500 NLH event at the Bellagio Five Diamond World Poker Classic and earned $101,480. In early 2006 Tehan won his first live tournament at the Commerce Casino. He took down the $300 NLH event with rebuys and pocketed a healthy $179,605 prize.

Back in Las Vegas in December 2006 Tehan came in second place in the $5,000 NLH Five Diamond World Poker Classic event at Bellagio. He won $250,290. Tehan’s next big tournament victory took place in May 2007. He was the last man standing in the $2,500 NLH event at the Mirage Poker Showdown and pocketed the $105,910 first place prize.

During the 39th Annual WSOP in 2008 Tehan made his first WSOP final table. He was eliminated from the $1,500 PLH event in sixth place and earned $43,796. Tehan cashed three more times at the Rio that summer. In August 2010 Tehan won another tournament in Las Vegas, the $350 NLH event at the Hard Rock’s Detox Poker Series. The tournament drew 399 entrants and that created a healthy first place prize of $34,440 for Tehan.

Tehan won his first North American Poker Tour title in November 2010. He took down the $5,000 main event in Los Angeles and won $725,000. In March 2011 Tehan decided to try his luck at a $10,000 NLH Bounty Shoot Out, also held in Los Angeles. Tehan took fourth place in The Big Event and earned $56,000. Right after that final table Tehan made another NAPT final table, this time at Mohegan Sun in Uncasville, Connecticut. He went out sixth and won $70,000.

In June 2011 Tehan hit Las Vegas for the WSOP and made a final table right at the beginning. He finished seventh in the $10,000 Seven Card Stud Hi/Lo Championship event and earned $62,710.

Tehan was once asked during an interview how he felt when he made his very first tournament cash back in 2005. He didn’t know offhand and offered up that he had probably been upset that he hadn’t won the tournament. It was a $1,500 NLH event at Bellagio and he came in 22nd, which most players would likely be ecstatic about in their inaugural tournament. 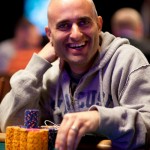