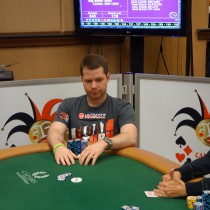 Jonathan Little is one of an elite club of players that hold two World Poker Tour titles. The first win was the $10,000 NLH Mirage Poker Showdown in 2007. He defeated Cory Carroll heads up to take home the $1,066,295 first place prize. In 2008 the Foxwoods World Poker Finals drew 412 players and Little won. His second WPT victory was worth $1,120,310.

The Florida born player was introduced to the game as a teenager and soon became an online sit-n-go specialist. When the days of wild players on Party Poker began to wane Little realized it was time to improve his multi-table tournament game. Tom Dwan and David Benefield, among others, helped show Little why it was important to open up his game.

In early 2006 Little got his first taste of live tournament earnings when he cashed in a $500 NLH event in Robinsonville, Mississippi. For his 22nd place finish in the Jack Binion World Series of Poker Circuit Event Little earned $3,210. Little hit his first six-figure score in early 2007. He made the final table of the PokerStars Caribbean Adventure $10,000 NLH main event. In March 2007 Little finished second in a $3,000 NLH event at Bellagio. He earned $146,760.

Little won his first WPT event in May 2007. He won the $10,000 NLH Mirage Poker Showdown event after taking down a final table that included Amnon Filippi, Phil Ivey and Darrell Dicken. A few months later Little made another WPT final table in Biloxi, Mississippi. He dinished seventh in the $10,000 NLH Gulf Coast Poker Championship main event and earned $93,451.

In October 2007 Little came in second in a North American Poker Tour event. His second place finish in the C$10,000 NLH event was good for a C$714,905 payday. Little won his second WPT title in November 2008. He took down the Foxwoods World Poker Finals in Mashantucket, Connecticut and won $1,120,310.

In October 2010 Little returned to Bellagio for the Festa Al Lago tournament series. He won the $5,000 NLH event that he’d finished second in the previous year and pocketed $152,048. 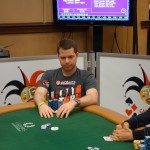