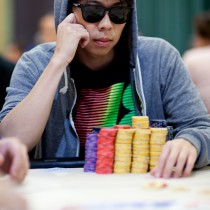 Joseph Cheong is one of today’s most highly respected young professional poker players. Just one year after turning pro, he was catapulted to poker stardom when he became one of the 2010 WSOP November Nine. Although he has only been on the live tournament trail for a couple of years, he has already cashed in 19 tournaments which includes five cashes in WSOP events and won a WSOP Circuit ring.

A native of Seoul, South Korea, Joseph was born in June, 1986. When he was six years old, his family immigrated to the United States, settling in La Mirada, CA. It was while attending college at UC San Diego that he started playing poker online while working towards earning two Bachelor’s Degrees; one in psychology and one double majoring in mathematics and economics. After accumulating a large bankroll estimated to be close to a million dollars from playing online as ‘subiime,’ he decided after graduation in 2009 to try his hand at being a professional poker player.

Joseph confirmed his choice of poker as a career was a good one when he made an immediate splash by placing in four events his first year in the live tournament arena. In 2009, he collected his first live tournament paycheck at the California State Poker Championship’s in L.A. when he finished 104th for $750 in the $300 NLH event. He then cashed in the Deep Stack Extravaganza III in Las Vegas and twice at the WSOP Circuit Series at Harrah’s in Atlantic City.

His first of seven final table appearances was at the 2010 L.A. Poker Classic where he finished fourth in the $345 NLH Heads-Up event to collect $4,730. Next he cashed in his first NAPT event at the Deep Stack Extravaganza in Las Vegas, finishing 36th for $16,071 in the $5,000 NLH event. Then Joseph was back in San Diego where he had spent his college days to play at Harrah’s Rincon in the WSOP Circuit series. He captured his first title, WSOP Circuit ring and $17,541 when he took down the $300 NLH event and a few days later, he won $1,003 when he finished 11th in another $300 NLH tournament.

From San Diego he headed to Las Vegas for the 2010 WSOP where he would cash three times and become an overnight celebrity at the age of twenty-four. His first cash was 24th in the $1,500 NLH Six Handed event for $13,739. Next he cashed in 29th place in the $5,000 NLH Six Handed event for $17,325. Then for his grand finale, he battled a field of 7,319 players to make the final table in the Main Event – becoming one of the November Nine and an instant poker star. When the Main Event reconvened on November 6th, Joseph had the third largest chip stack at $23,525,000 which carried him through to his third place finish 40 hours later for his $ 4,130,049 payday.

While waiting for November to roll around, Joseph continued to hit the tournament trail and cashed twice at the EPT London including his second place finish in the £10,000 NLH High Roller Turbo event for £162,280 ($253,951). A week later he was back in Las Vegas to win the Festa Al Lago $5,000 NLH event to take home at $142,635.  After his Main Event score, Joseph stayed in Vegas for the Doyle Brunson Five Diamond World Poker Classic where he finished second for $57,000 in both the $1,000 NLH and $1,000 NLH W/Rebuys events.

It would be June 2011 before Joseph’s name appeared again on the winner’s roster and when it did, he was once again at the WSOP where he cashed three times. His first cash was in the $5,000 PLO Six Handed event where he finished 47th for $10,246. Next he finished 37th in the $2,500 Mixed Hold’em event for $6,228 before entering the Main Event to try to recapture the glory of his 2010 performance.

Cheong still lives in La Mirada, CA, but keeps an apartment in Las Vegas where he plans to spend more time playing in the years ahead. With live career earnings already inching towards $5 Million; it is a safe bet that Joseph Cheong’s star has just started to rise. 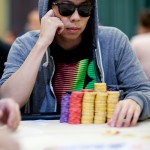 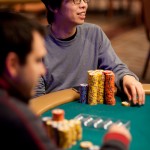 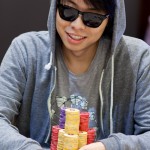 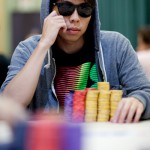