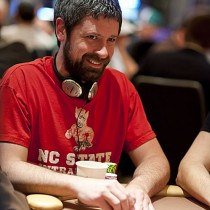 Most players who have been in the game for less than a decade have a relatively short list of accomplishments, but Justin Young has an impressively long list of deep finishes and wins that would make even the most casual poker fan take notice.

Justin Young was born in 1980 in Moorhead City, North Carolina. He worked his way through school and attended North Carolina State, where he obtained a degree in mechanical engineering. Those skills were put to use for the United States military for several years, and the logical thinking and the math skills required for that job came in handy when he began playing poker.

Speaking of poker, it was a game that he learned to play when he was about seven years old with his family, and he had a fondness for it through the years. But as an adult, he took it more seriously and began playing on a fairly regular basis. He spent some of his free time at the East Coast casinos, mostly at the cash game tables.

As he improved, Young decided to try the live tournaments in 2004 during a trip to Las Vegas. And he won a $1,000 Bellagio Weekly tournament for $45,396. The following year, he played again in Tunica at the Sixth Annual Jack Binion World Poker Open and cashed in one event.

But in 2006, he played more events and found success with a win at the Festa al Lago series in Las Vegas, taking down a $2,500 NLHE event for $113,865. He did even better the following year with cashes in bigger events like the World Poker Tour and numerous final tables. In 2008, he won a Deep Stack Extravaganza tournament and cashed in two World Series of Poker events, but his biggest finish was yet to come. He played in the $15,000 WPT Doyle Brunson Five Diamond World Poker Classic in December, made the televised final table, and finished second for $936,760.

Going forward, he continued the momentum, final tabling several events at the Wynn Classic, two at the Five Star World Poker Classic – one being eighth place in the $25,000 WPT Championship event for $163,420 – and even those at the EPT Barcelona and the Aruba Poker classic.

Young had another solid year in 2010, winning events at the Wynn Classic and the Doyle Brunson Five Diamond World Poker Classic, the latter worth $171,836, and cashing in three WSOP events that year.

With 2011 not even half in the records, he recorded two final tables in the Southern Poker Championship in Tunica, two at the L.A. Poker classic, and he made another WPT final table. That one was at the $25,000 WPT World Championship, where he finished sixth for $225,654.

By that time, Young and his wife had moved to Las Vegas from North Carolina with the understanding that he would be closer to poker and travel less. Even so, she is supportive and considerate of the travel he does for his career.

With NLHE as his continued strength in poker, Young recently branched out into other events like Omaha, and he plays regularly on the live tournament circuit as much as possible. 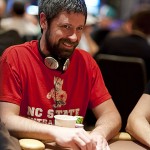 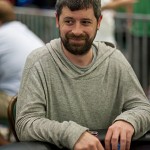 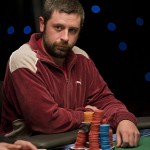 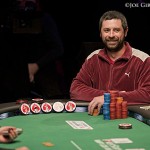