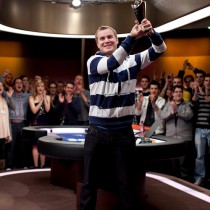 Kent Lundmark is a Swedish professional poker player who made his first live-event cash in 2009. In the first 2 years, Kent cashed 15 times, made 8 final tables, cashed at the WSOP, won the EPT Barcelona, and earned close to $1.5 million.

Born in Switzerland in 1988, Kent was introduced to poker after graduating high school. At 21 years old, Kent made his first live event cash at the 2009 European Championships of Single Table Tournaments in Tallinn, when he finished 7th in the €2,000 NLHE to collect €4,500. His other 2009 cash was in the Main Event at the EPT London.

As of November, Kent had cashed 8 times in 2011. His first of 6 cashes on the EPT was at the EPT Deauville, where he cashed twice, in the Main Event and finishing 3rd in the €5,000 NLHE High Roller Turbo event for €15,400.  Kent also cashed twice at the EPT Copenhagen, with his best finish being runner-up in the DKr50,000 NLHE to earn DKr200,000. After cashing at the EPT Berlin and the EPT Barcelona, he made his first WSOP cash.

Kent admits poker takes most of his time, but when away from the tables, he is a keen footballer and plays for a team in Sweden’s Fourth Division. 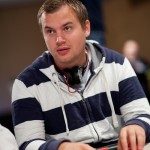 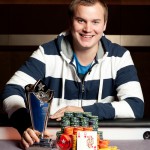 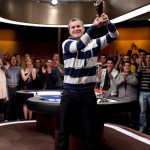